I just tried playing OTA and PTV on my ultra and it worked… kinda. PTV played without a problem at all. However, my OTA channels would play with no sound. Also, I noticed that the quality of the picture was better than my FireTV.

It might be worth looking into the Roku again. Maybe they’re changing their thoughts about which formats to support.

Here's an interesting bit of this article- please get Channels working on newer Rokus if possible. Silicon Dust sure seems to not care (about Roku or Apple TV!) 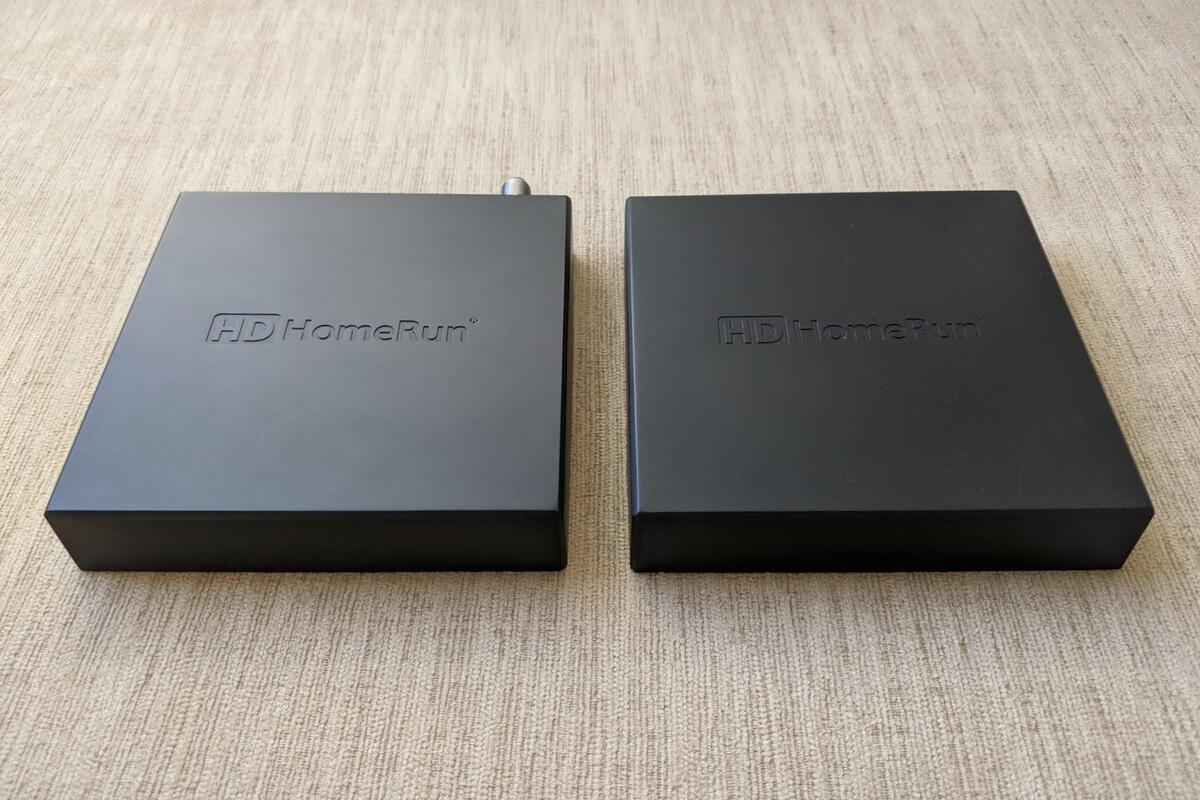 The HDHomeRun Scribe Duo and Servio can record broadcast TV channels without a separate server device.

Every year, I’ve asked HDHomeRun about potential support for Roku players, and every year, the answer has become more encouraging. In 2017, the company said a Roku app was unlikely to happen due to Roku’s refusal to license MPEG-2, which HDHomeRun uses to stream at full broadcast quality. Last year, Head pointed out that the MPEG-2 patents had expired, perhaps paving the way for Roku support in the future.

As of last fall, all Roku players running OS 9 support MPEG-2, which Head says is a precursor to a proper Roku app. Still, he’s not committing to any time frame, and SiliconDust clearly has a lot on its plate already. When I asked a follow-up question via email, Head seemed a little less certain than he did during CES.

“We continue to investigate a native Roku app and will work through any limitations to ensure an HDHomeRun-approved experience with minimal channel change or AV issues,” he said.

In the meantime, there is a workaround: Using the Roku Media Player app, you can select “All,” and then choose “HDHomeRun DMS” from the media device list. You can then tune to any live channel through the “Channels” folder. It’s not pretty, and there’s no guide data, but it’s supposed to work. (That said, I’ve tried this at home with both an HDHomeRun Extend and HDHomeRun Connect, and have only gotten video with no audio.)

We don't have plans for a full featured Roku app.

Even though Roku has added support for mpeg2, it doesn't work very well. If you have a PRIME, the videos don't play at all. For other HDHRs, video will play but takes more than 10s to buffer first. Audio may or may not work, and if it's an 1080i channel then it may not deinterlace which results in horrible video quality.

In particular (one of the more recent dev comments):

We have our hands quite full with Android/FireTV, and Roku is not really a priority at the moment. The fact that the majority of Roku devices cannot decode mpeg2 combined with the fact that the Roku SDK is quite limited and not very fun to work with makes it hard to get excited about that platform.

I can tell you, as an ex-developer, myself, that something about which you cannot get excited tends to get little, if any, attention, unless you have a boss hounding you to get it done

(As an aside: Roku joining the ranks of censors of "disagreeable" content means I won't own one again.)

Since Roku is the only way I watch TV any more, Channels DVR doesn't help me much. I'd use it if there were a decent Roku app. I want to transcode locally with the Channels DVR Server running on my linux machine. Without it, I will cancel my trial subscription.

Dell Vostro
Win 10 Pro
Core 2 Duo CPU E8500 @ 3.16GHz
2 TB HDD fo r DVR
Ethernet connection
Like the Tablo This older computer does the transcoding use the Channels DVR . If Tablo had a software product I may have used it on this equipment. I tried Plex and several others.

Tablo works well and so does commercial skip with Roku

Channels DVR also works well with Roku just hard to fast forward through commercials. Laptop works well and commercial skip is easy. If the PC skip could be implemented for Roku it would be a viable commercial product. By not supporting the Roku/ android platform channels DVR is a niche product. Channels DVR is a product that could compete with Tablo, TIvo, Channel Master and others. Another app that would be nice would be for ChromeBook.

I think it is time to revisit doing a full Roku app, for a number of reasons.

If a Roku app had to be restricted to only newer devices that support MPEG2, so be it. It is better than not having one at all. But even then, you can get around that with an EXTEND

Ultimately, I think I want to combine Locast and TVE (probably Philo) using Channels and Channels DVR so that I can dump Spectrum (not because of the service is bad but the prices are outrageous). I don't think that requires MPEG2 at all.

The developers recently stated that they are not presently looking to further develop for Roku.

All of my clients are Apple TV 4 or 4K and I am very happy with them. However, I do think a Roku App would be good for Channels (my son uses them) even if the support was limited to the new more powerful ones or restricted to only MPEG4 streams. But seems it is harder than we think. See there multiple post on the subject.

Regarding you direction of TVE and LOCAST. That is "exactly" what I do and we are very happy with the solution. And yes all the streams are MPEG4 which is much smaller and as such more efficient the MPEG2 when stream in and out of the home. I would do this no matter which client you use.

agree, 100%. full featured roku app would make this over the top, TBH...even if only for those of us who are just doing locast/TVE.

Whether they want to do it or not they need to. Roku is still the #1 streaming player and Roku TV’s are great. I have a TCL 6 series in the bedroom. It’s worth the effort to get a Roku app out there. You will have a lot more eyeballs on your product. I tried the channels DVR app on a Fire tv STB and it’s not as good as the Apple TV app but it’s good enough. We should have a good enough Roku app too even if it only supports newer Roku’s. The Roku stick is on par with the fire tv stick on price.

The Roku stick is on par with the fire tv stick on price.

I’m using the old Roku app they were working on and it works. Just wish it was more like the other apps and fully supported. Oh well, if I stick to channels, I’ll have to go with a different device. Still trying to decide between TVE or HDHomeRun prime or even just stick with something streaming like YouTube TV or something. It’s a pain going between a bunch of apps.

that doesn't mean they shouldn't still also be working on a roku channel. that's like saying "hey, we have an android app so we don't need to work on an iphone app. if you want to use our app, you should go with android."

The developers have already spoken on this topic, so I'll let their words stand. If you prefer a more full featured Roku channel to use with HDHomeRun tuners, SiliconDust has their channel you can use.

I would love if we have a Roku app and Chromecast support (among other things). At the moment we have a lot of other things that are currently higher priority (that will have a bigger positive impact for more of our customers) and so we really have no idea if and when we’ll be able to focus on those platforms.

unless you have a boss hounding you to get it done

Part of what we do is constantly evaluating the priority of what we can work on so we know we are focusing on the right stuff. There’s only three of us (so we’re all “bosses” in that respect

) so that focus is all of our responsibility.

We always appreciate people giving us their feedback on what they would like to see done. Hearing from our customers is one of the tools we use to make those prioritizing decision.

A company where everyone is a boss! 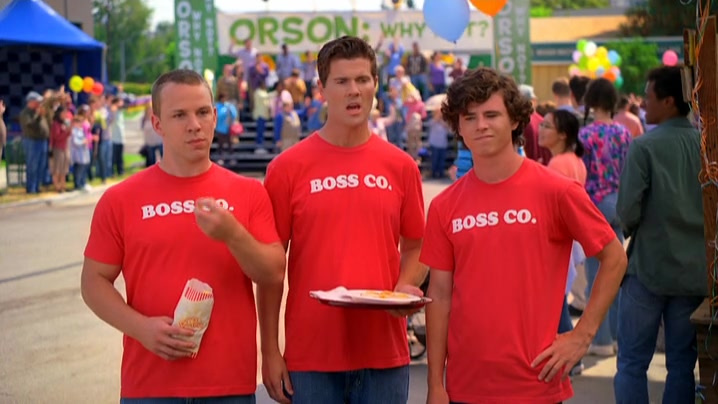 Really looking forward to seeing these materialize, and I'm sure they will at some point down the road. Hopefully things will settle down over the next year and allow time to develop these client apps. I'm just happy to see all of the features and improvements that have been added in 2019... keep up the great work.

The developers have already spoken on this topic, so I'll let their words stand. If you prefer a more full featured Roku channel to use with HDHomeRun tuners, SiliconDust has their channel you can use.

their words can stand and people can still voice their opinions that there should be a roku app. the two don't have to be mutually exclusive.