What is the best streaming provider for TV Everywhere? I know the streams come from the provider. I currently have HULU and was wondering if that is the best option from a cost/$$ perspective.

Depends on what channels you want Hulu live is missing AMC, YTTV is missing [email protected] FUBO TV is missing Disney, but it’s coming soon. Sling has poor support. None have support for Warner. For me it was cheaper to go back to cable they support all channels

"Best" is very relative.
It all depends on what channels you want, as not any single one of them have them all or support TVE for all of them.

For me, Philo for $20 a month gives me what i need.
I use the Philo app for the networks they have that do not support TVE, like Discovery Family and the the other Nickalodeon stations. It is a good supplement add on to the Xfinity TVE i have, thanks to my folks still having Cable tv. U can just add a secondary account on a nearby family members account and use that for TVE.

I used this site to search and see what key channels i wanted and it shows what services have them.

wonder if there is a site that tells what channels are compatible tv TVE...for instance DirectTV has 202 handles but only allows around 130.

The most comprehensive list of every TV Everywhere network app and website available with your streaming service credentials. These are the TVE apps you get access to with your DIRECTV NOW, fuboTV, Hulu Live TV, Philo, PlayStation Vue, Sling TV, and...

Edit: There is a caveat with the above-linked list: not every channel that is viewable in an app with TVE credentials is compatible with Channels. ONLY channels that make a live stream available with your cable/OTT SSO credentials on their website are compatible with Channels. (Yes, being available in the app and on the website are two distinct and different things.)

Cheapest way. Find family member who has cable and "borrow their login"

Next cheapest xteve and iptv. I liked area 51 tv. Not quiet legit. Also unreliable. Iptv station are shady, frequently get shut down, info changes etc. If you like to tinker its ok. But its not grandma aproved. Everytime I used iptv (usually through kodi) I found the need to occasionally fix it.

If you use locast u can get away with no antenna. Between locast and philo you got 95% of everything. For a price of $25 and no hidden monthly fees. I like using the antenna for local station before locast. That much less load on my network. I only get $15mbps for $135/month. Gota love living in rural america.

I did find the need to do a vpn. My ISP (I use a wisp) throttles streaming. However it all went away when I installed a vpn.

For the WAF we needed HGTV, TLC, E! and Bravo. I also wanted to have FX, Discovery and History as well. The cheapest option for us was a combination of Philo and Sling Blue. Prices have gone up a little, so now it's only a $5 difference between Hulu/Fubo and the combination of Philo and Sling, but having everything pull into one interface through channels has been great.

My setup is 2x Quadro's, attached to antenna's pointed in 2 separate directions. For all my major networks (ABC, CBS, NBC, and FOX), that is $0. I was using DVR Channels coupled with TVHeadEnd/TVHeadEndProxy to bring the TVE stuff into my plex server, so that it would be a single interface. I have a combination of Roku Ultra's and a Nvidia Shield 2019.

It is possible, not for the faint of heart to be honest.

The first step is to locate the stream URL's, check out this article: Streams URL

If that is something you want to do, I can grab some screenshots and scripts that are running.

Once it is setup does it just work. IE. is it wife aproved? Or am I going to ve tinkering with it 3veru month to "fix" it.

This thread seems to be getting off-track, but it's up to the OP to decide if he wants this in his thread.
May want to break it off to other topics as Providers for TVE isn't being discussed now.

+1 to Philo. I saw that YTTV is raising their prices to $65/month because they are going to start carrying CBS/Viacom content.

Personally, i cant stand PlutoTv.....so gimicky to me.
Its a VOD, but in a "LIVE TV" format....weird.
With no way to hide all the channels i do not want to see, can't stand to use it.
Also, it seems to come bundled on many brands Smart TV, I know that VIZO tv use a re-branded PlutoTV app as their Native "Free TV" feature and button on the remote.

Also, i don't think Pluto has an TVE use to unlock "normal" tv networks streams.

But anyways, i love Philo. There app has its own quirks, with some random eps even for DVR eps, and not VOD eps, locking u into watching the commercials, i have many shows "Saved" on there that is just easier to just go there to see new eps, or watch recent re-runs, vs having to set a Series pass in Channels, and have those clutter up Channels Library, (since one does not have separate user profiles and library).
But, i do fear of a price hike at some point with Philo. No idea how they have been able to keep the low price, but i hope it remains for long time.

I thought i read that Sling recently had a mass cut in what channels u can get via their TVE login info. Sling is a big name service, and many streamboxes come with a decent trial of it, but they are missing many of the channels i want, that Philo and other services have. Sling's cloud dvr is a joke and is very unreliable, and have to pay extra to expand it, last i and several i know used it.

YTTV is awesome! I really liked it the month or 2 i had it, but no matter what i tried, would not connect to Channels DVR. Also, yea, too expensive even then imo. But, i noticed that the channel and vod stream were higher bitrate than most other services. I also really liked the YTTV app iself.

EDIT: I see just now that FuboTV is now raising prices to $65 a month, gaining some channles, like Disney, but loosing many more i want, like TNT, CN,TBS and several more. 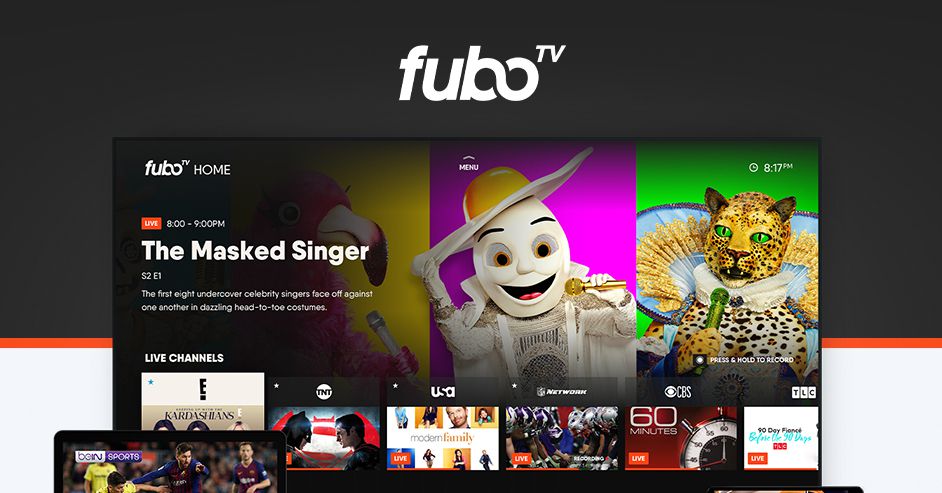 FuboTV is getting a ton of Disney channels, and a price hike to go alongside it

yea...i said it years ago when there was the big "cord cutter" fad. Streaming will eventually become just as expensive as classic cable tv. Only makes sense as it popularity gets much bigger and more common.

Oof. Definitely going to be a race to the top now. I wonder who will follow Fubo and YTTV. Hulu + Live is already there.

Honestly I don’t think I would pay for PlutoTV if they started charging. There’s enough content available between OTA, Philo, Netflix, and at least for us Amazon Prime content.

Honestly after throwing up an antenna and getting a shocking 65 channels there’s enough to watch with that alone.

PS. Love my Channels DVR. It smokes TiVo so hard.

When it's all said and done, Hulu and Sling will be the only ones standing. Others like me will just go back to cable. Maybe use one of those services for a month when the bundle deal ends.

I never left Cable TVE is too unreliable ... with cable even if I lose the Internet Connection it still records. I see how TVE keeps the developers hopping from problem to problem. I have TVE as a last resort in case all Prime tuners are in use.

Impaiently waiting for the prime 6 here

so now ATT is higher price.

AT&T has quietly increased the prices of its streaming TV service by $10 across all tiers.

I gave up on chasing streaming services ... was at one point going to give up cable ... I am so glad I never went that route.