Beware FBI season finale Prodigal Son is not what aired

For those FBI fans the finale that was supposed to air today is not the finale the show itself is a rerun.... with the Finale title.

It's the one where Maggie is undercover in a bar looking for a bomber.

I even watched the episode on Comcast stream to see and it is the wrong finale. I hope the other FBI shows are ok.

Interesting, that crazy. I haven't seen an episode ever the wrong one airied. Let me go check my recording out and see. 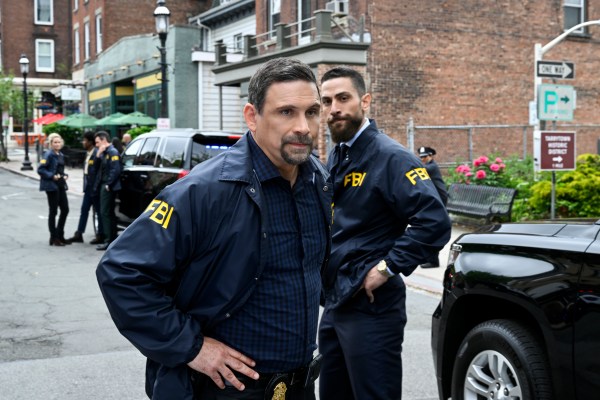 The season finale of FBI has been pulled by CBS after the tragic school shooting in Texas. The episode titled “Prodigal Son” hits close to the news given that it involves the team preve…

Makes sense thanks ... I guess I will just delete it and set my pass to recorded deleted all episodes.

Your welcome bro. Will do the same. Thanks!

Long standing request, but believe no. This is a perfect case for it, too.

Dang. Maybe as a workaround create a rule that has the “record all deleted” checked, put conditions for this episode season and number, then make it higher priority than the season pass recording rule?

Yes, there is. Mark the episode as not recorded.

Then pause and resume that pass so it picks up the change.

How do you mark the episode as not recorded? 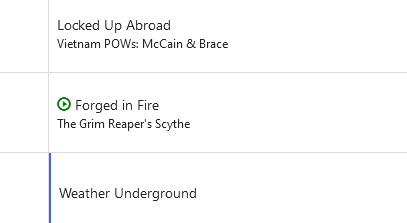 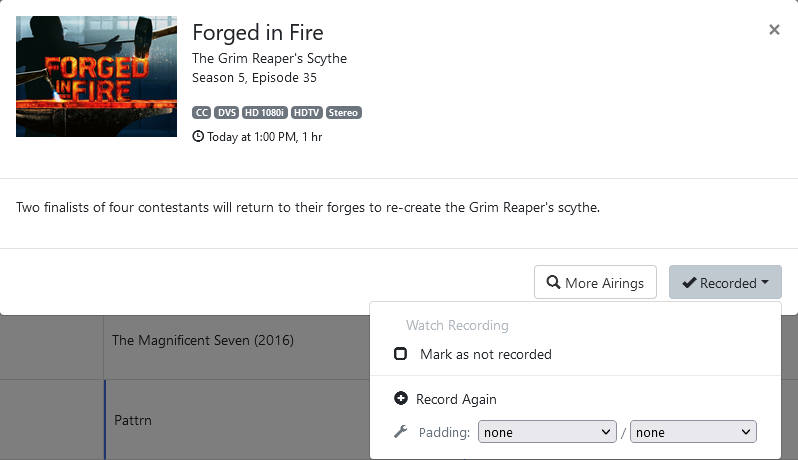 If you need to use "the curl method" I mentioned in the thread I linked.

Recovering from a Catastrophic Failure
hancox May 25, 2022, 6:07pm #18
Fix: Mark as not recorded for any reason, Corrupted, Delayed, Interrupted, wrong airing(EPG bad), etc

If it's airing again in the 16 day guide

...and that's the rub. If it were in the guide, it would be easier just to record it manually. Don't want to have to worry about it.

The broadcast episode recorded even though it was rerun because the guide was not updated. This was a last minute decision because of the subject content and the current shooting news. CBS said the real finale may never be shown, but a new air date for the finale has yet to be determined. Will most likely never be broadcast but made available for streaming online.