It looks like the same guy posted the same topic about TVOS Spatial Audio 3 separate times. But this one (which I will only post once!)

is regarding iOS. With the experimental audio driver turned on, it works beautifully. Sometimes. But most of the time it seems to completely freeze the video. If I force close and reopen the app, that seems to help most of the time.

I haven’t installed iOS 15 yet. I usually wait a week for the dust to settle before major iOS upgrades. But I’m very interested if your getting true spatial audio with 5.1 source material or the simulated spatial stereo with head tracking.

From what I’ve seen on TVOS15, channels with AirPods Pro’s only sees stereo material (even if it’s multichannel) and the operating system uses a more limited head tracking with reverb called “spatial stereo”, which can sound cool - but that is not the same as spatial audio which has a very different sound field.

It is Special Stereo, regardless of whether the content is stereo or 5.1.

But that doesn't bother me as much as the fact that the app freezes when I enable the setting. Definitely a bug.

@_Mike
Thanks for confirming my suspicions. I was actually hoping that you were getting full spatial audio as you were reporting, which would be very promising and exciting for TVOS15 and the channels app.

I was watching a Dolby atmos program (SEE) on my Apple TV 4K in the Apple TV + app, and it sounded fantastic in full spatial audio. For those times when you want a big screen, but don’t want to disturb anyone else, it’s really cool to be able to grab my AirPods Pros and the Apple TV automatically mutes the audio going to the home theater, and routes it to the airpods in spatial audio. Pretty impressive.

I’m hoping eventually this will be supported on iOS15 and tvOS15 in channels.

But for now, in the meantime, the video hang of course is a worse bug and is consistent with the TVOS15 channels release as well, and is more important because someone not even familiar with spatial audio might accidentally use the experimental driver and report video hangs.

That’s why I reported it separately under the release version of the TVOS app yesterday vs the beta release.

@maddox Just wondering if you have been able to duplicate this bug on your end? Channels on my iPad consistently freezes when I am using AirPods Pro and Spatial Audio is turned on. If I force close and reopen, it will then work.

@tmm1 Do you have any thoughts on this bug? 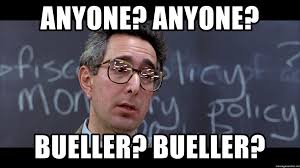 This is on our radar.