So I'm ready to start buying switches but I need to make sure they are gonna work. I'm electricity stupid. I've pulled the plates off and have been looking at the wires. Have to make sure there is a neutral wire. I'm starting with 2 separate dual switches. 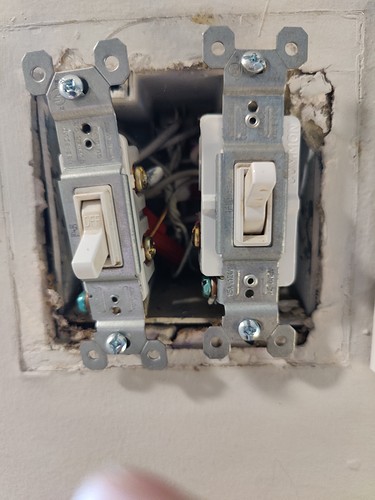 This set of switches seems straight forward. Switch on the left is a simple switch for the porch light. It has 3 wires connected. 2 on the right side, and one on the bottom left. The bottom left one is coiled around another similar wire that connects to the bottom left of the 3 three way switch adjacent to it. It has 4 wires connected. A total of 4 Romex providing wires, which makes sense since the 3 way controls 2 lights. So. To recap, as much of a mess and number of wires that these switches have, it seems to me that I have a neutral to each switch, and installation of two Caseta switches should be just unhook / hook the wires in an identical fashion.

This next switch is boggling me. Remember, I'm stupid. 2 switches. Right switch for the back porch light. Left switch has always been a mystery switch. I thought it would control the nearby outlet but it doesn't. As much tinkering as I've done trying to figure out what it's purpose is, it seems to do nothing. 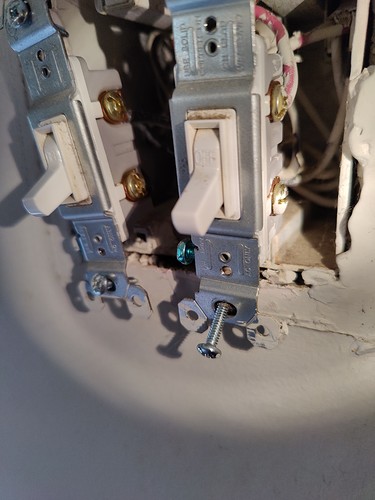 Both switches only have 2 wires connected on the right side of each. The top wire on each switch goes into a separate Romex and the bottom 2 from each switch wire nut together. Haven't located a neutral. 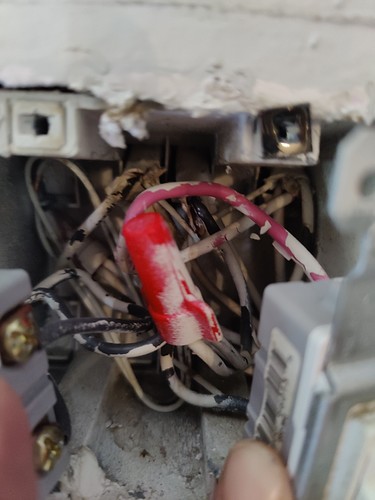 3 Romex coming from the inside.

And I think I just found 2 neutrals not connected. 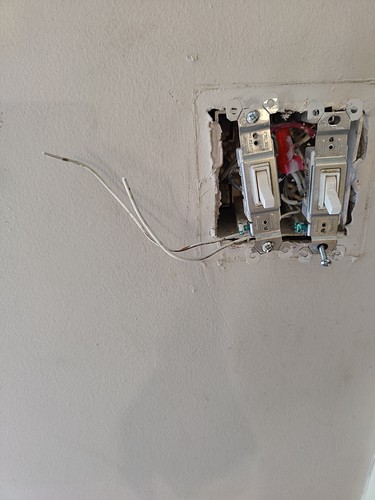 Seems like the first set of switches should just be plug and play but idk WTF is going on in this second box. If this second switch had an intended purpose I want to know what it is because I might want to utilize it. I had hoped it would control one of the nearby outlets. The second switch is for the back porch light and works, but only has the 2 wires hooked to it, the neutral seems unused. I'm gonna need a electrician for this one probably...

Here's the single switch in the bedroom. 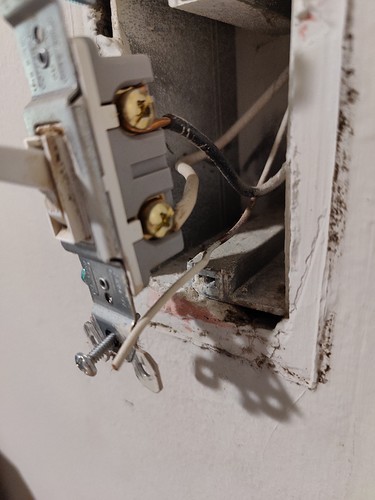 It has 2 wires connected, and a loose neutral wire?

I was hoping I could just swap the switches in... I'm an electricity idiot, and will need some pretty comprehensive instructions if I'm going to have to rewire things...

Oh yeah... And they give a decent shock when you go touching the wrong wires at the same time. LOL

If you haven't realized you need to flip the breaker for the circuit controlling the switches you want to work on, then your best option is to hire a licensed electrician to do the work. Getting a shock is the least of your worries if you're going to muck about with live wires.

If you haven't realized you need to flip the breaker for the circuit controlling the switches you want to work on,

No, I completely realized I should cut the power, but guess what, I didn't cut the power because I didn't feel like cutting the power. I knew I might shock myself touching on wires. I was perfectly ok with the risk so much that I didn't cut that power. Any help or ideas other than that condescending bullshit you constantly shove at people? I'll cut the fuckin power when I put the switches in, and if don't have to pay someone to do it, I won't, regardless of your advice to stop messing with it. Fuck off with that shit, and go help the people with their DVR, I'm looking for actual help and ideas, with a simple question, does it appear that there are neutral wires and I think they are there. But why aren't they hooked up? Gtfo of here before the thread gets closed on account of your dumb shit, and I'm right back where I started. If you don't have anything helpful to say, go to the other threads. Tired of your shit.

So, I'm confused. Did you or did you not cut the power?

So, I'm confused. Did you or did you not cut the power?

Nah, I left it on. Was just careful to only touch a wire if I had to and only one at a time. Didn't want to cutoff the ac for. My sleeping gf.

I know. I just cant resist kicking the bear.

I know. I just cant resist kicking the bear

Welp, should have seen this coming. Closing the thread. Stop being jerks.

@AtoZ0to9 , I see what might be a neutral wire back in there. It's usually a bundle of white wires that are not connected to the switches. One of those switches is a three-way which are easy to screw up. I seen experienced electricians do that. I recommend getting some hands on help.