I have a TV miniseries that was recorded from the Lifetime network back on April 12 of 2015 that make up a sequential saga, called by IMDB "The Dollanganger Saga". They are based on a series of books by V.C. Andrews using the same names. The individual programs, as listed by IMDB are:

I tried to add them to a folder under a Local Content -> TV folder, naming it "The Dollanganger Saga (2014)" because I would like to see them listed as a TV Series. However, they never showed up in the Library.

Do they need to be handled like individual movies? If so, what is the best way to keep them together? Can I do it without making a separate "Collection" for just 4 programs?

However, they never showed up in the Library.

By any chance, do they show up in "Unmatched?" 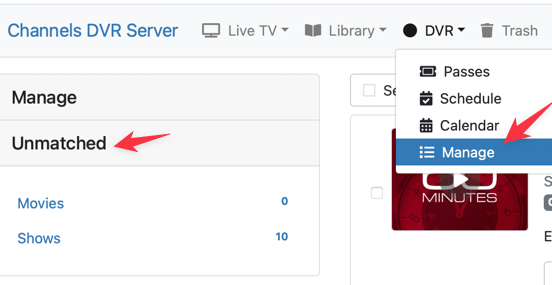 You should create a folder called "Season 01" underneath the folder you created and put your programs inside of that.

You cannot add a tv show folder directly. You need to add a folder called TV, then put the show folder inside

(or a local content folder, inside a folder named TV → The Dollanganger Saga → Season 1)

...and not inside Channels DVR → TV

Actually, I put the files on a 8 TB drive I'm using in the same PC Channels DVR is being served from. I added Channels->Movies and Channels->TV folders and have off-loaded tons of files from the Channels DVR host drive to provide more room for recording. 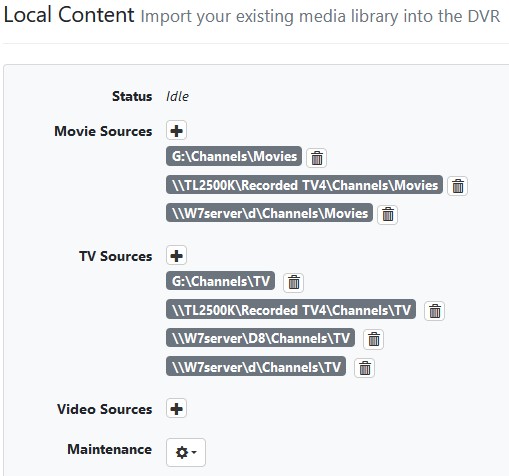 They are the folders on Drive G.

I created a folder named The Dollanganger Saga (2014) in the Channels->TV folder, and had Handbrake save them there as they were re-encoded. The first one did eventually appear in the Library as an unmatched show, and in a lapse of attention I accidentally linked it to "The Godfather Saga". I saved artwork from IMDB and edited the metadata to end up with this: 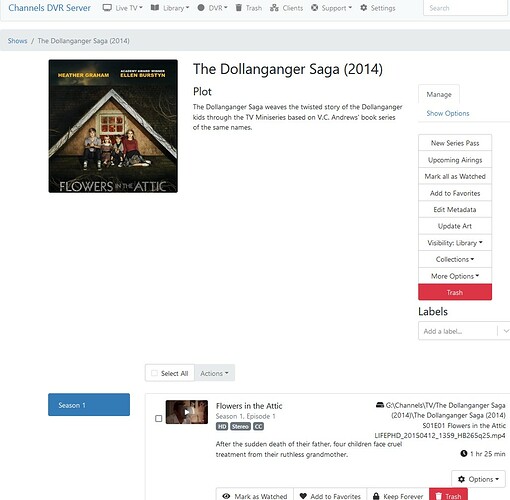 As the other three programs were saved to the Dollanganger folder, they did eventually appear in the Library under The Godfather Saga, so I now need to find a way to get them all back together under one series heading.

I usually put TV shows in their proper "Season" folders, but I have found that Channels usually handles it quite well when I neglect that step as long as the Series is correctly identified. I will try to avoid that in the future.

The season folders are optional.

Since I made the mistake of "Fix Incorrect Match" -ing to The Godfather Saga, I can't seem to get any of the individual programs to let go of that match without having another one to select to replace it with. Is there a way I can custom construct a series to match them to?

I guess to clear up the mistaken match to The Godfather Saga I'll have to just trash the four programs and then copy them back in again.

Okay, I trashed them all and emptied the trash and then copied them back in. They all got matched to The Godfather Saga and now I don't know how to break the match.

I deleted the mismatched series title by sending it to the trash and then created a folder with a different name - "The Dollanganger Saga (V.C. Andrews)". To make it even more distinct than before, I added a folder inside it named "Season 1".

I copied the 4 video files into this new folder and about 30 minutes later they all appeared in the library under a series named "The Dollanganger Saga (V.C. Andrews)". All I had to do was add in the artwork and a description of the series. Now it appears in the library just as I had hoped for.