Yesterday I installed the beta into a small Linux partition on my windows based system. After testing it out and liking it (great job!) I decided I wanted lots of space for recordings, and installed a new 2tb hard drive, installed linux, and then installed the DVR software.

The install went off without a hitch, but when I opened the channels app on my apple tv, it told me to go to my 10.0.1. address and set it up. I followed, and set up the DVR. When I returned to channels on the Apple TV, the same screen still appeared. I reset and opened and closed the Channels App, even going as far as uninstalling and re-installing Channels, but to no avail.

Any thoughts as to why channels wont see the DVR on the new hard drive?

Can you screenshot the Settings tab of the DVR?

Did you set a path, click the checkbox, and set a lineup for your hdhomerun?

I will when I get home in about an hour.

I did set a record path, enabled the dvr as well as bonjour. I remember the first time I installed I had a zip code option where I had to select my provider, I did not see that this time around.

If you didn’t enter your zipcode then it’s not fully setup yet. There should be a link under your HDHomeRun to do so.

Under my HDHomeRun in the DVR Settings Page? I clicked the setting icon next to my 3 found tuners and the only options I had were to change priority, and scan network.

Can you take a screenshot? 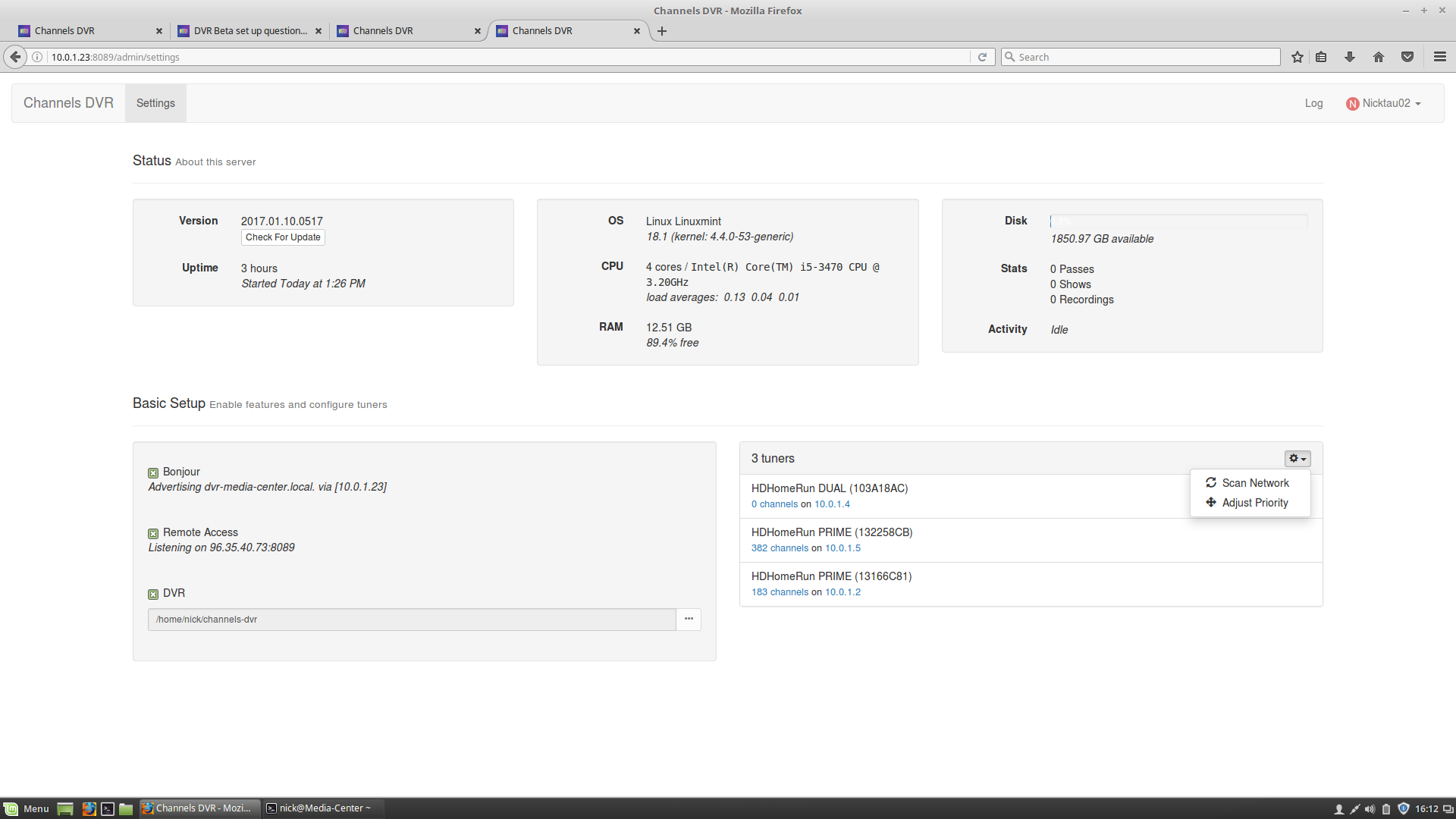 Thanks. It looks like there’s a bug where the setup link doesn’t show up anywhere if you have a tuner with 0 channels. It has been fixed for today’s update.

In the mean time, you can work around it by setting up your DUAL as described in HDHomeRun DUAL support (legacy tuners)