We got some disappointing news from the court today.
Locast Nation

In the big media companies' lawsuit against Locast, the court just issued a disappointing ruling. We are evaluating our options and will keep you posted as the situation develops.

Here is what our legal team had to say:

"We are disappointed that the court ruled against Locast on its copyright defense. The court interpreted the law in an artificially narrow way. Congress wrote copyright’s nonprofit retransmission exception to make sure that every American has access to their local broadcast stations, and expanding access is exactly what Locast does. This ruling that nonprofit retransmitters can’t use viewer contributions to expand access will do the opposite of what Congress intended. Over 3 million people use Locast to access local TV, including many who can’t afford cable and can’t pick up their local stations with an antenna. This ruling threatens their access to local news and vital information during a global pandemic and a season of unprecedented natural disasters. And it treats copyright law not as an engine of progress but a moat protecting the privileged position of the four giant broadcasting networks."

"We are disappointed in the ruling today and disagree with its conclusions and reasoning. Our client is in the process of evaluating the decision and formulating next steps. Locast provides a valuable service to its over 3 million users who are otherwise unable to access the over-the-air broadcasts to which they are entitled by virtue of their location or economic circumstances. Our client remains committed to its mission of delivering free, local broadcast TV service to all Americans, and particularly for those consumers who can’t afford pay-TV services like cable, satellite, or streaming, or who can’t get their local broadcast channels using an over-the-air antenna." 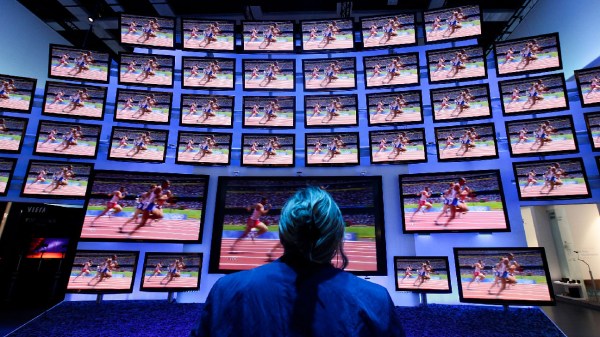 A federal judge focuses on the way Locast has raised money and rules an exception to copyright liability for nonprofits doesn't apply here.

You'd think the big 4 would be smarter & just partner with Locast instead of being so tied to cable companies.

I think everyone is making a bigger deal of this ruling than what really happened. This was simply the judge denying a summary judgment. What that means is Locast basically asked the judge to say the case has no merit, and to rule in their favor without a trial.

The judge denied summary judgment, so now the case continues on to the trial portion. The idea that such a high profile case with regard to copyright law would end at this stage was nothing more than a pipe dream.

This is a setback, but definitely nowhere near the defeat/tragedy that others are making it out to be.

The actual judgement is only a few pages and a quick read: https://s3.documentcloud.org/documents/21052725/locast.pdf

Some highlights, which paint a confusing picture:

In December of 2019 , the parties agreed to limit the scope of the litigation to the issue of applicability of the Section lll(a) (5) exemption, which is the sole question before the Court on these two motions .

Plaintiffs set forth several arguments that defendants' Locast service does not come within the statutory exemption. For the most part, they present such conflicting characterizations of the facts that they are more suited to trial than a summary disposition.
But summary judgment is appropriate with respect to the requirement that defendants ' service is conducted ". . without charge to the recipients of the secondary transmission other than assessments necessary to defray the actual and reasonable costs of maintaining and operating the secondary transmission service ."

One can only hope.

i sure as hell hope this isn't as bad as it looks, but it sure doesn't look good.

boy, i wonder why the networks don't want locast to succeed...what a ****ing racket.

Most judges won't grant summary judgements because they usually are appealed.

Good. Now we don't have to worry about the NFL behind a paywall, at least until ATSC 3.0 fully expands.

So long as they are on the primary .1 channel, they cannot be paywalled. That is against the law and FCC rules, and a modern Congress is certainly not going to ever be able to pass anything to change a law like that.

If they move to sub-channel, then all bets are off! But that would not be the most profitable route for the NFL, so they won't be interested.

This ruling also has no material impact right now, anyway. All it says is that the plaintiffs may have a valid argument and everyone agrees on the material facts, so it is free to go to trial. It all comes down to this:

So even if the Plaintiffs succeed at trial (which this was not, just a judgement on whether there should be a trial), all the Judge has said at this point is that Locast has to lower their fees to less than $3 to be aligned with the law.

It's a bigger deal than you suggest. The judge found that the donations that Locast requests to avoid uninterrupted service are NOT actually donations, and that Locast is not operating as a non-profit. This cuts the legs under Locast's legal argument for why what they're doing is allowed.

Of course, I imagine that Locast might appeal. But this is not a good finding by the trial judge.

The judge found that the donations that Locast requests to avoid uninterrupted service are NOT actually donations, and that Locast is not operating as a non-profit. This cuts the legs under Locast's legal argument for why what they're doing is allowed.

I must have missed that part. Care to quote where it said that?

To add to that part of the non profit status says they can't have a competitive advantage, which Locast clearly has

Read the order (linked to above) starting on page 5.

It does not say they are not operating as a non-profit. It says that as a non-profit to be in compliance with the law they cannot use their income to fund expansion, only the direct costs of operating in their markets.

While the judge alludes that the fees collected are not "donations", he does not say they cannot collect them, only that they cannot be used for anything other than necessary and reasonable costs associated with operating the repeater transmissions.

And also, this was not a trial! This was a response to an argument to dismiss the case from even happening. All the Judge has said is that the Plaintiffs have made a compelling argument that the case should happen and that the defendant (Locast) did not have a good enough argument to not have a trial. He has not ruled whether anything he has written is the law, only that it seems like it may be the law and needs to be further explored.

Locast could probably make this whole thing moot just by changing the word "donations" to the phrase "fees necessary to defray the actual and reasonable costs of maintaining and operating the service" and charging $2.75 in existing markets.

I did. It doesn't say what you said it says.

When I was with xfinity, cable cost $70 per month, but there was an additional $40 in fees which mostly had to do with rebroadcast fees. All that went away when I dropped cable and replaced it with Philo and Locast. It's not equivalent channel by channel but nobody in my house even noticed what I did. If Locast goes away and I have to drag out my antenna, so be it. But I will no longer pay $40 per month to prop up the dying industry which is broadcast TV. I'm pretty sure I'm not alone.

I would rather pay the $5.50 than break out my TiVo. The energy saved pays that cost in the summer here in Florida!

Yeah, I am hoping that Locast prevails. But if they don't, I'm not going back to paying their rebroadcast fees for their lack luster content. Besides, I kinda miss the tinfoil covered rabbit ears.