Probably an easy fix... but 1 channel (Paramount) is 3 hours behind what it should be. When I login to

it plays the correct shows at the correct central time. But when pulling on ChannelsDVR it is 3 hours behind central. It is the only channel that seems to be doing this.

Any help would be appreciated.

Click pencil icon under ATT, then Edit at the top right. What does it say next to the paramount channels. Can you click rescan next to both of them.

I have a STL IP.... but I am guessing the trailing P means something???

These look to be the only ones allowing the P variant.. almost all other channels are both or not the P variant... maybe something common on the ones in the first snap. 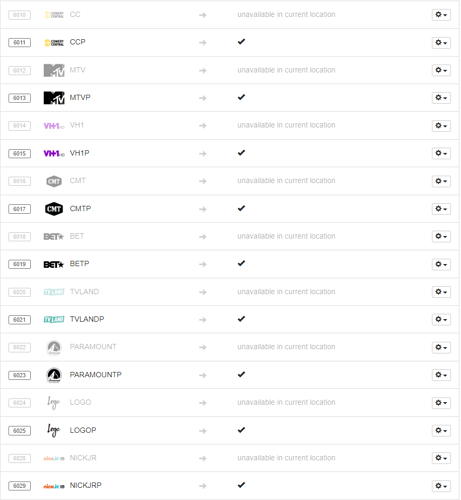 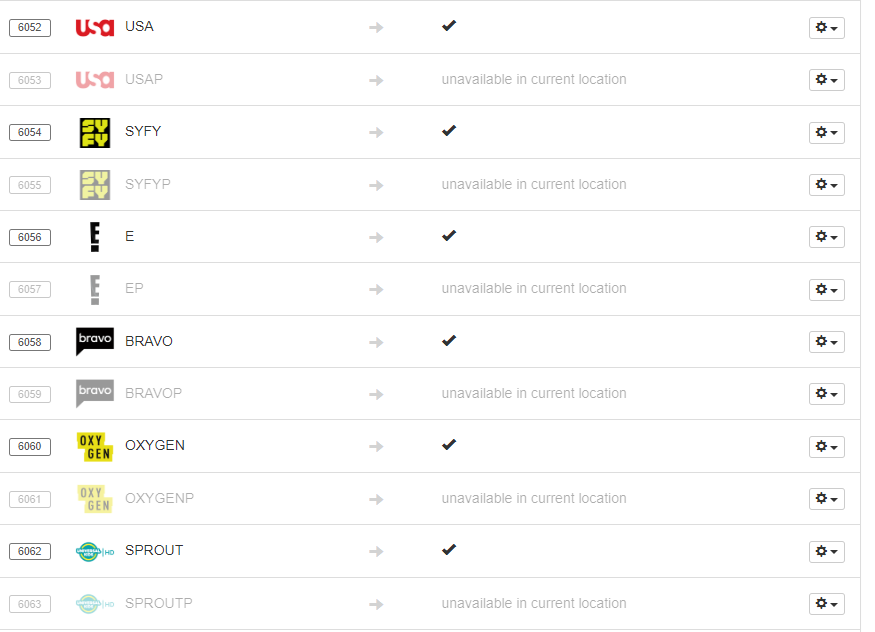 but I am guessing the trailing P means something

The "P" is for Pacific, meaning the west coast feeds. ViacomCBS networks (which includes Paramount) and NBCUniversal networks offer either Eastern or Pacific feeds, but not both, based upon the geolocation performed on your DVR server. Other networks (like Warner and Disney) give you both Eastern and Pacific; or they only have an Eastern feed (like A+E and Discovery).

So, it looks like you're getting the Pacific feeds of ViacomCBS networks, but the Eastern feeds of NBCUniversal. That would explain why you think your Paramount feed is 3 hours off: it's 3 hours later than the feed you're probably expecting, but correct for what you are actually receiving.

Odd thing is, I can login to the online paramount from the same network and I get the East feed... And all of STL normally gets East feeds. So I wonder why viacomcbs gives me Pacific just on the DVR. I have a subnet assigned to me (/28) maybe have to try a different IP. But as you can see above they all geolocate to ATT STL.

So the guide data on CCP and MTVP is fine? Only PARAMOUNTP is wrong?

No... now that racameron gave me that info. All the "p" variants are all 3 hours behind.

Okay, and just to confirm the video feed on the paramount website and in Channels is the same, so its just the guide data that's off?

Can you email [email protected] with the output from http://x.x.x.x:8089/providers/tve/mvpds/ATT/cache/mtvn

The guide and paramount are in sync... the entire thing is just 3 hours behind.

and yep will send that shortly.

I believe the Pacific channels are getting preference. You should be able to go into the admin console and deselect the "non-P" channels and select the other channels.

(If anyone has evidence to the contrary I'd be interested in seeing it.)

Something interesting happened with my TVE for Paramount last evening. When a scheduled recording was supposed to begin, it errored out with a "location not supported" message. Rescanning the Pacific feed indeed resulted in this error and disabled the channel. But, rescanning the Eastern feed succeeded. I then checked all the other ViacomCBS channels, and they all remained with the Pacific feeds. For some reason, only Paramount has been switched to the Eastern feed.

Has anyone else experienced this type of feed-switching?

I too have an issue with ParamountP channel. DVR failed yesterday and when I re-scanned it said not available at current location.

Same thing for me, I got the eastern feed to work.
I am pretty sure Paramount only had one feed before. Now it has 2.

Looks like an issue with Paramount's servers then. Guess we'll just have to work around their issues until the situation settles down.