I can’t put my finger on it, but it seems like ever since the redesign 4.0 version I randomly get recordings that end up in the trash.

Yesterday Sunday, it deleted my recording of 60 minutes right after was done recording it. And today when I went to watch Fargo it too was deleted.

Yesterday Sunday Fargo recorded episode four but I have not watched episode three yet and I had to go recover it from the trash.

I think but I’m not sure I might have to do with the new list view of recordings.

I’ve noticed if I’m watching a show from the New view list of recordings and when I’m done with it and exit out of that show sometimes the next show that was recorded either at the same time or right after will take its place in the details on the right side but the original show is watching was still highlighted on the left. And because of this I’ve caught myself almost deleting the wrong show.

What is the Keep setting on your pass for those shows?

Thanks I see they are marked to keep one recording 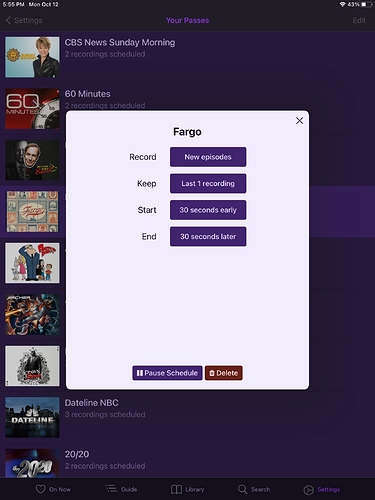 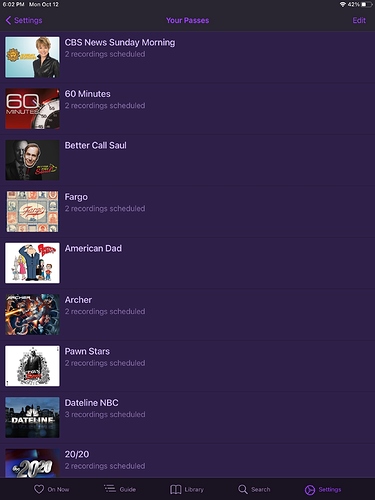 That would at least be something for us to go on. But honestly, this part of the codebase hasn’t been touched in a long while.

It definitely sounds like it’s working (also shout out to us adding the Trash feature).

The question is, how did the pass get edited

As for editing them I never even knew keep one episode was a feature as it was something I’ve never set before.