I did not like seeing a drag queen, a woman in leotards, and services I dont haveon my home screen. It was my final straw. I included a picture of ugly ru paul and clean wolf launcher. I am not endorsing wolf launcher. Use at your own risk.

So I went down the rabbit hole last night.

*Basic Launcher
Looks like scaled back version of Old shield interface. One row has all your apps. Then a second row for "favorite apps". Most basic, simple, and uncustomizable. It works. There's NO ADS. It looks like what your used to. Available on app store.

Wolf &ATV launcher
ATV Launcher is good, but last updated 3 years ago. Wolf Launcher is a posted/updated version of this. Wolf is available on play store. But it crashed on me 1 time. That one time was enough.

Wolf is available from some douche nozzle on youtube. I was leery trying apps that are not on play store, source force or other reputable sites. There are hundreds of reviews on reddit (mostly from fire tv users). I scanned it with 2 different anti viruses. It IS NOT on play store.

I love it. You make categories. Control icon sizes, you need to do some USB debugging to get widgets working. Personally don't bother. Only widget i got working was weather. All it did was take up space on screen. You can do custom backgrounds, I 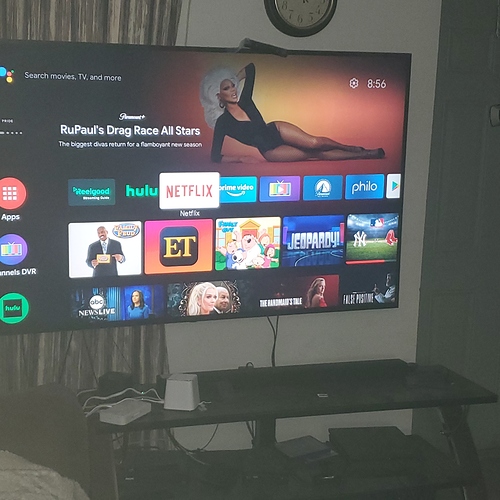 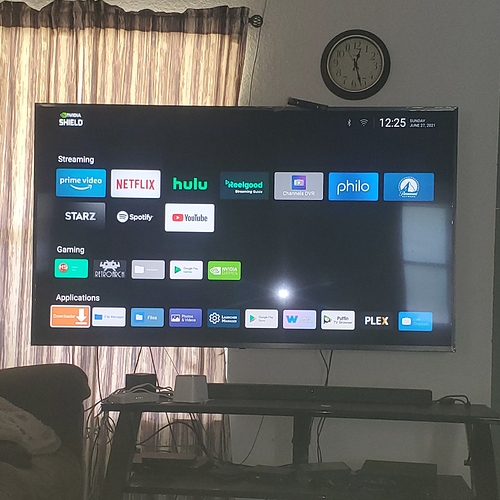 I don't have RuPaul, so they're probably just making suggestions based on other content you've watched.

not a fan of third party launchers.
They often hurt performance and are buggy and not as smooth and janky to use.
not to mention, always a fight for dominance over the native launcher.

I would be more interested in finding a way to lock or make default the Apps tab page on the native launcher. That has no adds and just shows you all your apps, which is what i want.

: i find dozens of launchers in the app store one can use.
Not sure what "Basic Launcher" one u refer too, can u provide link?
I find "Basic Tv Launcher" by Dhairya Tripathi, but its nearly a year old now.
It has no options to move app icons around and is very very basic.
and pressing the home button still loads the native launcher

Basic TV launcher was the one i tried.