Transcoding on Opteron APU and Support for Deleting Imported Content

I recently purchased an HPE Microserver Gen 10 to use as my Channels DVR server, alongside using it as a NAS and backup server.

With hardware transcoding enabled, the video in the web client is mostly a pixelated mess of colors. Every now and then, the video corrects itself, but for the most part, it is pixelated. I've changed the deinterlace between blend/linear and also toggled adaptive streaming on/off with the same results. 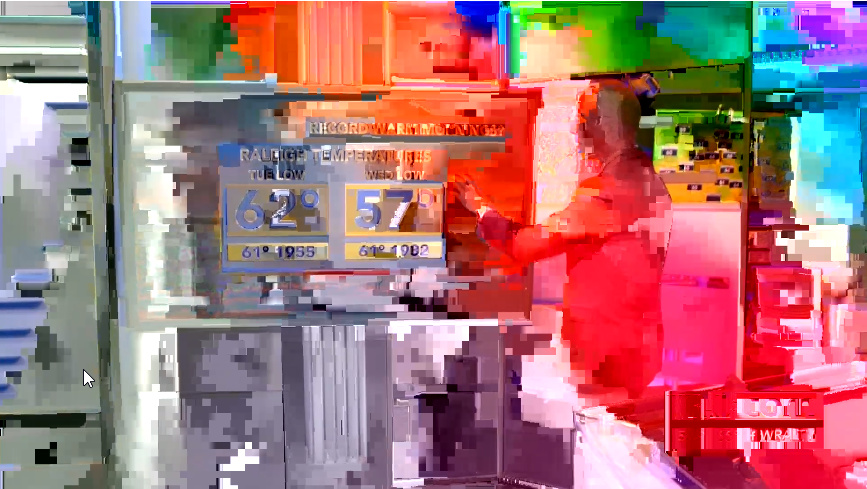 As soon as I switch it over to software transcoding, everything works properly. What can I do to get this working correctly? I'm using the Opteron X3421 APU for the transcoding, and I've got the latest graphics driver installed.

As a separate issue, if I attempt to delete a video that's been added in via local content from the Channels app or web client, the UI shows it as deleted, but it doesn't actually delete it. The next time it scans for content, it picks up the video again. Is deleting local content supported?

What does it show when you hover over Transcoder on the web UI?

Interesting, so some sort of bug in the AMD hardware encoding pipeline.

Have you tried Plex or any other software that uses the hardware encoder to see if it has the same issue?

I just installed Plex and signed up for a trial Plex Pass in order to enable hardware transcoding.

Open Powershell and run this command while Plex is transcoding, then copy/paste the output:

So, is there a way that I can try changing Channels to use that and see if it works, or would that require code changes?

Try this in powershell:

When I run the cmdlet (had to remove an extra dash in ContentType), I get a 200 OK, but it doesn't look like it's taking effect.

I tried both restarting the service afterwards and running the cmdlet once again, and it's still showing h264_amf.

Ah, its only accepting hardware/software since that's all the UI lets you do.

I'll have to make some tweaks here. Right now h264_amf gets the highest priority. I think there are others using it and not experiencing the issues you are, so it seems there's a bug in the AMD driver. Is it updated to the latest version?

Sorry for the delay, but I've got it working now.

I had the driver installed that AMD and HPE both have on their websites as the latest for the Opteron APUs, which was dated December 2017.

So, I took a chance on the installing the latest Radeon driver, and it worked and solved the issue. I had to go into the Device Manager and manually install it, though, as the installer wouldn't work.

I updated the chipset drivers, and it was the same story for those, too. I randomly picked the Series-7 chipset drivers, which were a couple years newer, and I had to manually update each and every single chipset device in the Device Manager. If anyone else using a Microserver Gen 10 comes across this, I hope this helps!

In regards to the other question I had about the imported content, I didn't realize that was still a pre-release feature. I found a thread on it, and in reading through some of it, It seems like not being able to delete it is intentional? What I've used it for thus far is for some leftover recorded TV from before I switched to Channels.