I'm on Channels Plus version 4.1.0 but do not see Apple's "screen in screen" supported, such as on iOS14 on an iPhone or iPad. That would be really handy: for example sometimes watching the morning news it's necessary to jump to another iOS app then back to the news broadcast: with screen-in-screen the audio and video are seamlessly played. Not so with the current app: when you hit the home button, the broadcast stops.

As has been mentioned numerous times over the past week, Apple's PIP support is incompatible with Channels' video player. Apple only allows certain types of videos to be played PIP, and OTA broadcast video is not one of them.

IsTVE the same as OTA?

No. TVE is streaming from the internet. So, basically Channels has a mix of video formats. Some the native Apple TV player (with pip) can play, but some it cannot. That’s what makes this complicated. There is an app called TV streams that will let you do this, it pulls the stream from the server, but requires the server to transcode OTA content. There is a post with more details in the forums here. Link to the app: 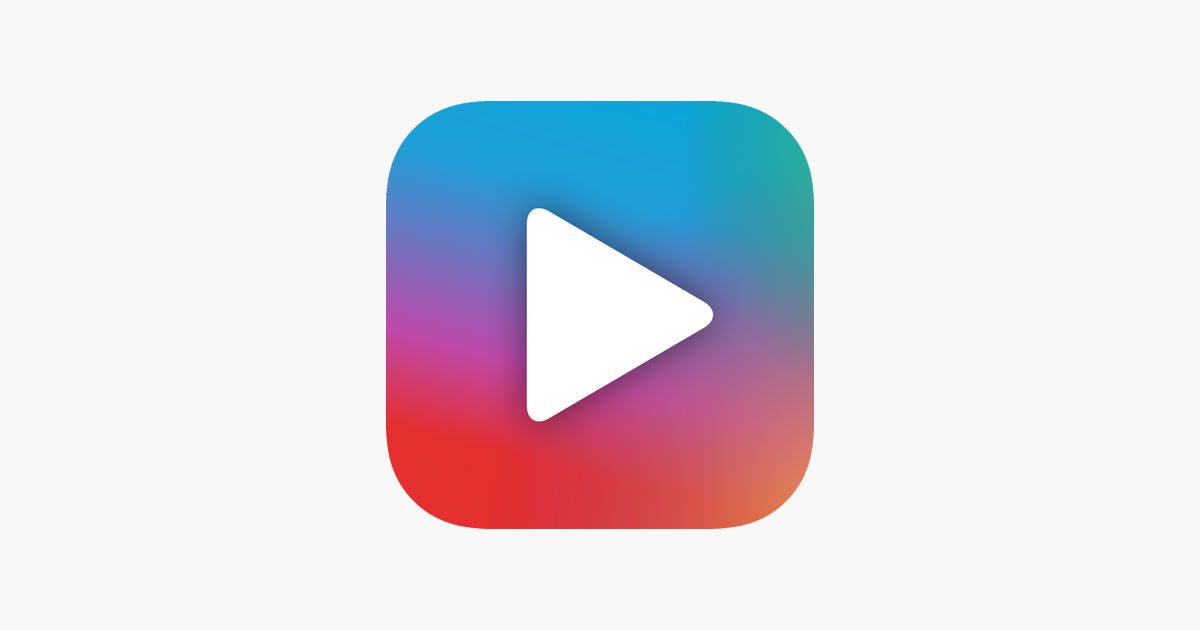 This is an untenable position to continue taking in 2020.

It’s only incompatible because the developers have chosen to make it so. There were beta versions of the Channels apps that did include PiP support. Was it perfect? No. Did it have issues? Yes. But it’s a lot better than the situation we have today.

Continuing to stick your heads in the sand while the Apple ecosystem marches on without you is not a sustainable position. Yes, Apple prevents custom-built players from doing PiP - but that’s the risk you take when you build one and stray too far from Apple’s developer guidance on these topics.

To be sure, there are some technical advantages to this approach - but there’s one huge disadvantage: the users get left out when new core OS features are released.

I am a paying user. I am happy to be a paying user. I’m even willing to pay more. But the Channels team really needs to openly recognize the realities of the iOS ecosystem and implement what are now expected capabilities of any serious video / streaming / DVR app on iOS.

Having to go to extraordinary lengths to view PiP (aka using the Channels web interface) is nuts. Yeah, it works - but it shouldn’t need to be done. It’s clear this is one of the top most-requested features and there’s been precious little managing of the community or expectations here by the developers. It’s frustrating.

You provide a terrific product in many ways. You’re killing that good will one paper cut at a time by ignoring this elephant in the room.

It’s only incompatible because the developers have chosen to make it so.

Not sure what you mean by this. It’s incompatible because a very large portion of channels content for many users come from OTA tuners and is in MPEG2 format, which the built-in iOS player does not support.

There were beta versions of the Channels apps that did include PiP support.

Are you sure about that? I don’t ever recall Channels offering pip for Apple devices, beta or otherwise.

Not true. If you cared to read the existing posts, you'd know that Channels' custom video player is required to present H.262/MPEG-2 encoded video, which is what most broadcast/cable streams in the US are. If Channels did not use its own custom video player, it would be incapable of doing its primary goal: letting users watch their TV streams.

You're saying it's better for Channels to abandon their primary user base so you can have a single feature? Delivering your single feature request will make it impossible for users to access their live cable/OTA direct from their network HDHomeRun tuners, and require all users to purchase a Channels Plus subscription and invest time, money and resources to run a Channels DVR server 24/7.

Until Apple adds support for H.262/MPEG-2 video to their native player, or all broadcasts no longer use this codec, it is highly unlikely Channels will offer PiP.

For a brief while, there was an iOS beta that would open a Safari window with a stream fed from the DVR server, and put it into PiP mode. It was a hack, and did not work for users that did not enable tuner sharing, nor for users who did not have a DVR server. It also was neither smooth nor consistent, and didn't always work well.

These shortcomings were why the feature was scrapped.

Thanks for straightening me out.

There were beta versions of the Channels apps that did include PiP support.

Are you sure about that? I don’t ever recall Channels offering pip for Apple devices, beta or otherwise.

There was PiP just for the iPad in beta for awhile a few years back but it never went live.

It is entirely possible to switch players, in realtime. Plex, which has a custom player, does it, as do others. I’m a developer as well...it’s not like I’m talking crazy-talk here.

It is possible to make work - the developers have simply chosen not to.

Let’s talk about MPEG-2 for a moment. Okay, the built in player doesn’t support MPEG-2...the DVR is perfectly capable of transcoding video to H.264 - the developers have simply chosen not to implement or prioritize this because they want to focus elsewhere.

It’s long past time for the clear wellspring of support for this feature to come to the forefront.

the DVR is perfectly capable of transcoding video to H.264

Yes, the DVR does. But the Channels app on iOS/iPadOS does not require a DVR server. The Channels client allows users to connect to a local HDHomeRun tuner; in this scenario transcoding is impossible, because it simply isn't present.

You may be a developer, and we all acknowledge that supporting PiP is technically possible—this has never been in doubt—but its implementation to ably support all customers with a great experience is quite the conundrum. Just because things simply can be done doesn't necessarily mean they will be done.

So, as has been stated time and again: it's not going to happen right now. The developers know it is a requested feature, but they are working on other features right now. If PiP is a necessary feature for you at this moment, then you are welcome to find other software that suits your needs.

Reencode the video to H.264 automatically, or give users the option to do so. It’s not rocket science in 2020. Again - this is 2020 and we’re here talking about a codec that old guys like me were around for the creation of.

We have the technology to do this. Hell, we have hardware-accelerated capabilities to do this in 2020.

Yet we’re left to sit here and watch the rest of the world go by, or create absolutely unnecessary workarounds like creating a web app or web shortcut to do what the app should do by default and create the best user experience.

By choice. The developers aren’t helpless. They’re perfectly capable of implementing all this. They’ve built a terrific app and DVR solution in the face of a lot of competition...but that doesn’t mean it’s perfect, and it needs to evolve in this dimension substantially.

@racameron I’m not sure what you’re defending here. To say that “they can’t because Apple won’t let them” is just not an honest answer. It isn’t. This is a solved problem. Lots of other players have solved it. It’s long past time for Channels to solve it.

Let me concede the point that sure, the app, without connecting to the DVR, can’t do it.

But those of us that pay (aka me), would gladly pay for a solution that does.

To use your argument, the experience is already compromised - because this is an app that has two experiences - one for non-DVR users, and one for DVR users. The non-DVR experience is the best it can be. The DVR experience is crippled in some ways (PiP, but there are other ways as well unfortunately).

I’ve been around this app since it’s initial launch. I’m well aware of it’s history. Not prioritizing this feature after several years of PiP availability is unconscionable.

And I’d argue...let the developers speak for themselves, and clearly explain their roadmap and position. We’re just a bunch of non-developers (of this app), some of us paying for many years (aka me). I have a voice. I will avail myself of it. Let’s not stifle discussion.

When I need to do someting else on the iPad and want to listen to the tv, I need to switch to the tvhclient app. I would like to dismiss tvhclient app, but cannot do it for now

If you use the web client for Channels on the iPad, instead of the app, then Picture in Picture works.

You have to live in the world we are in, not the one people want to exist

This, right here, is the response to all of your whining. This reasons PIP have not been implemented have been explained repeatedly throughout this forum by the developers and advanced users. Just because you don't like the answers, it doesn't invalidate those legitimate reasons — smile

Resorting to name calling is unnecessary.

The Channels developers have their opinions, and they’re certainly entitled to them. I, and others, are entitled to ours.

Try to engage in constructive discourse without resort to name-calling - it’s unhelpful and doesn’t foster a sense of community or civility.

I disagree with the one of the intentional design choices that the developers have made in an otherwise terrific product and service that I’m happy to continue paying for. I’m an advanced user and a developer myself. My avenue to make a case for a feature and lobby for a different course is this forum. That my passion resonates with some people who also want to see this feature see the light of day is great to see and hopefully, at some point, the developers either reconsider or find an effective way to offer functionality that can be implemented if the developers choose to prioritize it.

There are tradeoffs in offering PIP to users. I get that. My point is that the tradeoffs tip significantly in favor of implementing this. To say that it is a technical impossibility to currently implement this feature is simply not true. You don’t need to take my word for it - there are several apps in the App Store today that do this, as I and others have pointed out. I have a sense for what it involves to implement this and what the tradeoffs are.

The Channels developers have chosen to prioritize other things. That’s okay. It’s their party.