I have this setup and everyday that I turn it on it has a hard time connecting. I don'y know if it's the adapter or the Apple TV. Is there a way to lock the server IP on the device side. I will run more tests with WIFI and the beta. I know that I can type it in but next day same issue.

You can manually connect to your server by putting the IP address in. Go to the Settings section and click the big Channels Plus button and choose At Home.

I have done that but it still loses connection.

Is the IP different every time you have to enter it?

Same Ip for the device and same for the server

It looks like it only happens when I connect with the Actiontec MoCa adapter. It take a wile but eventually it reconnects.

I will have to keep in never sleep mode it should not hurt.

I would ditch your moca adapter, nothing beats hard wired ethernet. Wifi would probably be better as well.

Well that is hadwired at gigabit speeds and if I depended on my wifi in my basement to carry to the upper level I would be out of luck. I have top of the line hardware and no issues with anything else. I run moca in several areas and the rest is Wifi and have 4 Apple TV. I run MoCa 2.5 and WiFi 6.

I would ditch your moca adapter, nothing beats hard wired ethernet. Wifi would probably be better as well.

While wired Ethernet is the best, MOCA is 1000% better than WiFi, hands down. 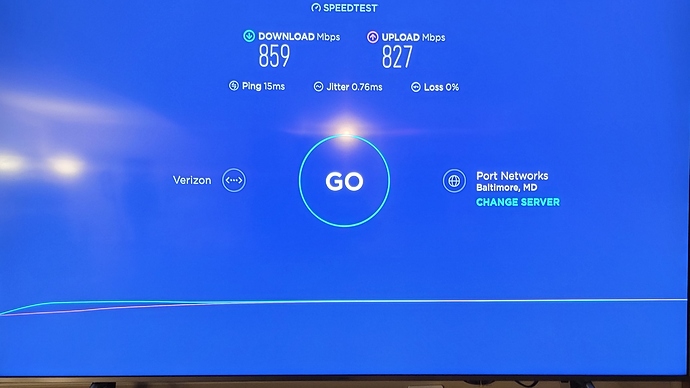 Honestly I would bypass it as a test with a long ethernet cable stretched through the house to your router. If the problem goes away then you have found ur issue. If it's the same then you can move on to other troubleshooting.

I have MoCA 2.5 from the basement to upstairs and get 1000 speed never had a problem.

If it happens every morning after waking the ATV, try pinging the ATV from the server before you wake it to see if it's connected and responds. Could also be the ActionTec MoCa adapter goes to sleep when your ATV does. The adapter should have a green coax led and the activity led on the ethernet jack should show activity. 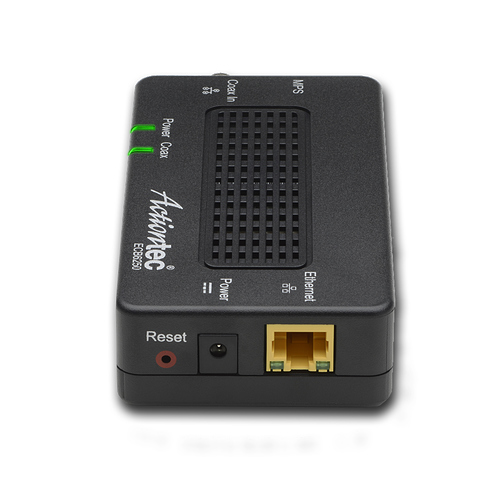 It's most likely the adapter but leaving the Apple TV always on is OK and they are made to stay on anyway to display photos or screen savers. But I will run a test with direct Ethernet to isolate the issue and see if it's the ATV that takes longer to reconnect at wake. I already tested the ATV with WIFI and it seams OK. If its the ATV or the adapter they are still under warrantee anyway. I have no issues with the other 3 ATV's.

I have two locations with MoCa 2.5 one though my Verizon E3200 extender also a ATV on it and the Actiontec MoCa 2.5 adapter like the one show in above post. The ethernet connection from extender also gigabit to the ATV had no issues at all. The picture is my basement setup as you can see the MoCa coming from the router. I don't have cable anymore so the other coax is the antenna going to the two SiliconDust tuners. I also have a small ethernet switch to connect all that's on the picture (tuners, Ooma, Nas DS720+ and below not seen a windows 10 server. Below the Nas is a power backup and the Verizon fiber below that. Last thing I need to do is cap the open coax on the big splitter but it's only Moca so I don't think it affects it but good practice or replace with a 2 way since the 3rd coax is not in use.

Nice setup mine is a total mess lol but it works.

It started messy but thanks

cap those open ends in the splitter

The unused tap ports or wall plates in the home can actually create a path for ingress and egress, which affects the network performance - here's how.

Nice advice I have them on order on Amazon I will get them on Sunday. Right now I have a 2 way on that I installed till I get the caps.