As some of you know, we have been slowing porting the new design and features from Channels 4.0 for Apple TV over to the Android ecosystem. These features were in recent alpha builds, and are now available in the latest betas!

You can opt-in to the beta via the Play Store on https://getchannels.com/beta, or install it as a separate app by clicking "Install Channels DVR Beta" in the Channels DVR app under Settings > Player. 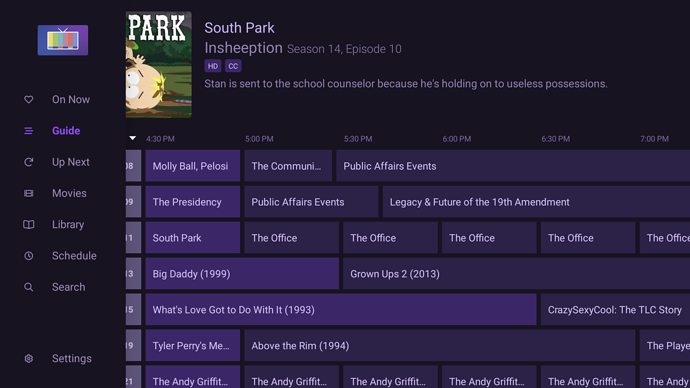 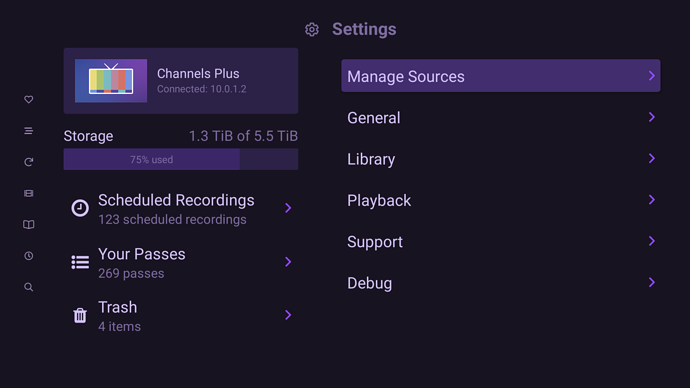 Our goal for this beta is to surface and fix any remaining bugs, so the 3.0 release can be as stable as possible. Over 6000 lines of code were changed during the alpha, so there is a large surface area for new bugs and regressions.

The Android ecosystem has so many different types and sizes of devices that it is almost impossible for us to test everything ourselves. So please help us by trying the new beta on all your phones, tablets and Android TVs!

Some highlights on what has changed:

So. Do we keep using the Alpha build then? Or should we remove it and go back to the Beta one, to keep getting new updates?

The alpha has ended and will not be getting updates.

the present Beta from the Play store is the i same build that is the last Alpha build from yesterday or is it newer with more changes?

One thing that I noticed is different between the existing Channels app and the new version 3.0 is that when selecting a left menu item you highlight it and then click on it. On the old version of the app, you could highlight it and either click on it or click right and both would do the same thing, take you into that menu item.

I noticed it because I guess I gravitated to clicking right in the old app and the new one doesn't handle that.

You can opt-in to the beta via the Play Store on https://getchannels.com/beta

This did not work for me, and I am enrolled in the Beta.

So, anyone trying to install from PLay store, doe snot seem to have the new build yet.

Question for devs. Are the Side loaded app from inside channels app, are those auto updated by the Play Store on the Shield? or do i have to manually go and update each client?

edit: also, since Alpha is over with, the "Install Alpha" option that is in the Beta i would think can be removed. It is still there. might confuse some, and they end up installing an older build that way.

The builds are apparently being reviewed by Play Store.

Only Play Store builds can auto-update.

I trashed Recordings Empty the trash using the UI they are no longer in the library but were never deleted. Still in the folder. Now I have to manually delete them from my Synology. Nothing shows up in the logs.

lol. I tested that as well. Worked as expected on mine. Perhaps it was slow to remove the files from the drive?

Hi, I'm running Beta 8.17.2358 with TiVo Stream 4Ks. The button detector function is enabled but not working for the TiVo button. Was using the Alpha and this worked fine. Guide button works. TiVo button does not work not does the "Live" button. The channel number buttons do work.

I'm getting parsing errors with FireTV Stick. Any Ideas how to install 3.0

Are you sure you disabled the Alpha button detector and turned on the Beta one?

Could this happen with a Fire stick that is registered under a different Amazon account, therefore not seen as part of the user subscribed beta system?

What version is shown in the app where you're trying to install from?

Try going to https://www.amazon.com/gp/mas/your-account/myapps and click Deliver To under Channels: Whole Home DVR to send the latest version to your FireTV.

You probably also have to go to Settings > My Fire TV > Developer options > Apps from Unknown Sources: On

The Apps from Unknown sources is on. The Beta Version under my account/myapps does not show in my account.
For now I'm just gonna stick with the Alpha Version since it is working. My other Fire TV stick for the living room was successful installing the Beta Version. I'm just gonna reset the Fire TV and see if that will fix the issue.

The Splash Screen that comes up when Channels loads, many times now, the text is jumbled and in random places, and at least 2x the Logo remains for a few secs after the guide loads, but under the Guide grid.

its a bit too fast and random a thing to try and get a pic of it.

Personally, I would like the option to disable the start up Splash Screen, as i just don't like them, in any app. (Disney JR GO and Boomerangs apps splash screens are just the worst...lolz)

This is a fringe idea, but what if the splash screen were based on a jpg image somewhere on the server, something that the user could change out if they wished.

Preparing Your TV does not look great on a Phone.... maybe "Loading ChanelsDVR" would be better.