I wish it would show Description for shows playing on time shift!

Oh sweet!! Thanks so much for reporting! I'm drooling here! It's like i had a child but I can't see it!! Lol

Oh Lord!! That's why I never went that route. I even stayed away from Fire TV till my last TV, for this reason. But I'd think Android....
I guess it makes sense what someone mentioned here before. The channels App was primarily made for Apple TV, I didn't know that. So fair enough I guess

Preliminary support has been added in the next Android beta apk

Give me give me give me! Can it downloaded already?? I'm downloading beta server
Hold on ... Not the server. The Android beta APK? Hmmm ok. I'll download it

Yup yup, I know how to. Downloading it now

Oh hell yaaaa!
I love It!!!
This is awesome!!!
Ha haaaaaaa!
Thanks thanks thanks

Funny, I set it to get notifications every time you post a new beta release notes. And I kept monitoring it for this guide change. But I didn't realize this would get done via the app, not the server.

I'm so glad this was implemented! And I gotta say, I'm kinda a little proud of it too. Even though I didn't do any of the work. I feel like I somehow made it happen. Lol.
I know a lot of people will appreciate this change. Most will just think that's how it always was. But those that do notice the change will appreciate it, I'm sure!

Gosh I'm so giddy! I keep rewinding to see it.

Preliminary support has been added in the next Android beta apk

Noticing a little bug here ...
If I go back to more than 1 show back, I get a blank description.
So it only works correct for the 1 show back. 2nd show back is blank already.

Can be fixed? Hopefully it's a small issue 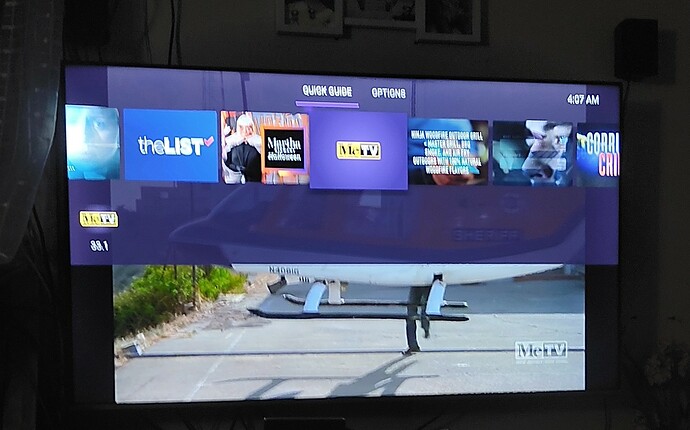 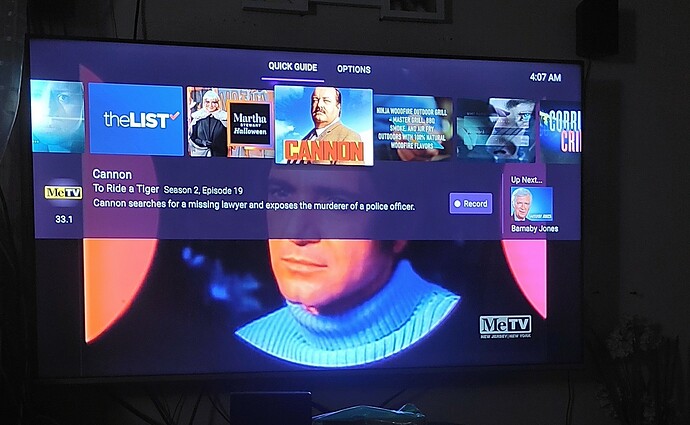 Update on the Bug.
I guess I was wrong. The issue isn't being back 2 shows. That isn't the trigger at least for the issue.
Cause it's now more than a hour later, and the shows after that blank is still showing good data.
So idk, must of been something else that went wrong there.

Right now I'm 4 shows behind live, I moved back n forth, it shows good data for everything from the blank on...

Aiiii.
As I finished typing the last post..... I lost all the shows data, meaning now ONLY the show that's live shows data. Anything behind it, even 1 behind. Is now blank data.

Something is a little buggy here.
But I guess that's normal for first try?

When it works it's PERFECT! I hope you can iron out this bugs.

Edit: I just checked the other box, that other channel is also the exact same now, only shows data for the live show. Blank even 1 back

It seems to work for a while, a few shows will work fine, then all of it will get lost, and it will show data only for live. Anything back is blank. Then it will start working again, meaning as time goes on and new shows start, the data will show correctly for a while, for these new shows, then lose it all again, back till live.
It seems like the file with the description data and thumb images gets wiped after a certain amount of time maybe?

Any idea what's going with this? Did you have a chance to look into it?
It's still behaving the same way. It works for a few shows, then everything goes blank till live, builds up again, then all gone

It seems to me like the data gets wiped. Maybe it has to be kept in a different separate location. Maybe the same location where the live buffer itself is stored? So it only wipes it when the buffer itself gets wiped. Aka changing channels etc etc.
Idk I'm no pro at this. Just my crude opinion...

Yea it's a bug. When the data refreshes from the server it forgets the old program info. I will try to fix it.

Ya that's exactly what I figured. That's what it felt like.
It gets refreshed and loses the data ..
Makes sense.
Hopefully you find a quick easy fix

Is it possible that the bug was fixed already? I downloaded a newer beta version a couple of hours ago.
So far it's running perfectly good.
I'm coming up on 2 hours of live buffer almost, so far all the shows are showing good data.
I was waiting for 90 minutes to see if that's the refresh point. But I'm passed that now. And it's still showing good data...
Fingers crossed ..
I'll report back if it craps out again

Noooope. It crapped out again.
But this time I timed it.
It lost all data at EXACTLY 2 hours in.
So I guess it's set to refresh every 2 hours?
Hopefully this info can help you identify it better....