Please use this thread to discuss experiences and channel availability for Verizon Fios.

When I try to add a source and log into my Verizon FiOS account from the DVR web page I just get an error that says encountered exception uncaught (5:5). Is anybody else getting this error or does anybody know what this means? I'm running my DVR server on an Nvidia shield, but I setup a server on my PC just to try it and I got the same error.

For help with setup errors, please email [email protected] with a screenshot of the issue as well as the logs from the Log tab.

Working great! Added 131 channels. Thanks so much for this integration. Great improvement over HDHRP. I am back after being gone a while, folks!

I'm only getting 48 channels on with TVE on Fios. Mostly CSPAN and other news channels. My server is on a QNAP Nas. Are there any known issues with that?

Click pencil icon under FIOS, then edit at the top right. Click rescan next to channels that are missing. If they still don't work, take a screenshot and email [email protected]

Only getting 53 or 54 channels on FiOS even after rescanning.

That usually happens if you have separate FIOS accounts for internet and TV. Fios will auto-login to your internet account which can't access any TV channels.

Thanks for the quick reply. Looking at the logs CBS Sports and FS1 did not come up. DRM not supported through TVE?

All the channels listed in the TVE scan work. You can click pencil icon under FIOS, then Edit at the top right and see the errors listed next to each channel and try to rescan them individually. If you need more help, please email [email protected] with a screenshot of what errors are shown as well as the messages from the Log tab.

I get the following error msg when attempting to login to Verizon FIOS TV via TV Everywhere:

Fios (Virginia Beach, Norfolk) TV Everywhere channels.
This has been working flawlessly since I started using the TVE beta months ago.

I too, just lost the Hallmark channels on FIOS in Northern NJ. My wife told me about it last night. The funny thing was, through the Channels app on iOS, I could still access 6090 and 6091. The stream would just fail whenever attempting to use the DVR.

I have since deleted the TVE source, then re-added it. The Hallmark channels still do not authorize, even though they work fine through my HDHR Prime.

Interestingly enough, though, the streams also show as "not authorized" on Hallmark's web site, as well, even though I clearly have a subscription for them. No idea what changed.

Same in Westchester — if it’s happening on the Web site too then I doubt there’s anything that can be fixed on the Channels end.

I never noticed because we have our source priority set to prefer the HDHR over TVE — is there a reason why you have Channels set to prefer TVE?

I think it is a Verizon issue as I have lost a fair few channels and the discovery go app now tells me I am not authorized to watch discovery with my login.

Since last communication - Definitely looking more like a Verizon problem.
by mid Saturday morning around 1100L I have gone from 12 channels to over 118.

Don't know what is going on but at least most have been resolved - just wish I knew why the above stations are not working.

wondering if there is anyway to resolved this 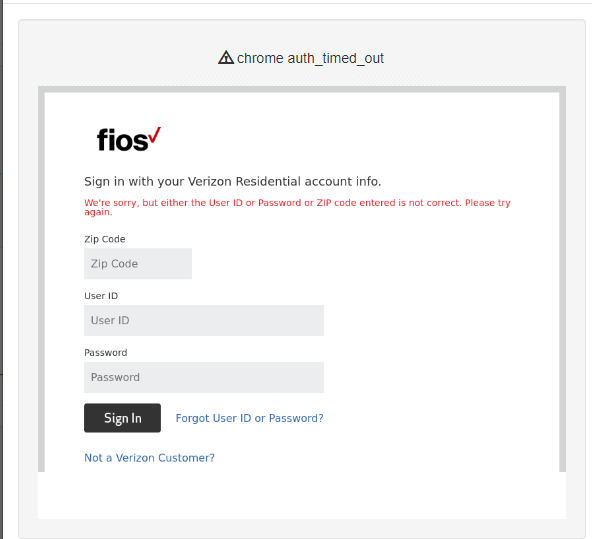