Some examples I found to reproduce the Update Art modal disappearing issue were both also documentaries like the above examples, and tagged "Documentary" and "Special", such as a show titled Fermented (Series ID: 19700993). Although this aired as a "show" on Tastemade, it's really a documentary movie.

In the browser console, the GET to the /dvr/groups/series_id/posters endpoint returns a 503 error, with the response:

Sadly the issue is still not resolved.

So far FANTASTIC! Thanks! Edit - Just uploaded art from dropbox - Perfecto!. I am uber happy!

A new issue (in Library) I see is that even that I have updated metadata with correct air date, on the AppleTV beta, the date show Dec 31, 1969. On inside screen, it's correct. 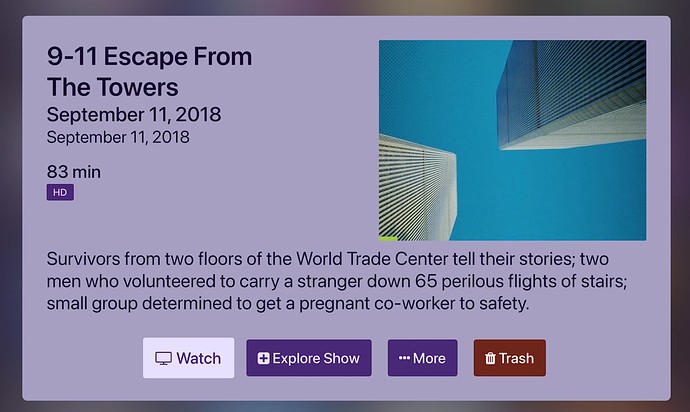 I am extremely excited to see that there is potential to import our own home videos.

Im having trouble with the import of some local files.
I have a huge plex library of stuff. Most of which is organized in a non flat structure, with subfolders.

I do, however, have a folder in my plex library of Peter Gabrial music videos that is in a flat structure, and id love to check out the new editor, and eventually create a virtual peter gabrial channel without having to hide all my “home videos” with no meta data.

These are all mkv files.

When i use the local media import function on the server, it points to the flattened directory. Ive played with the local import feature before and got it to work many times.

However, it doesnt even seem to be scanning the media now.
When i manually scan nothing happens, and there is nothing in the server logs.

Please show a screenshot of what your import directory settings look like.

I was able to update a lot of artwork today. Now I'm trying to propagate artwork to episodes of one particular show (This American Life) but the screen disappears before I can even check the box

@maddox Not sure what you mean about “import settings”.

Here is screeshot of local input path on the server, part of the file path from plex library, and the actual directory of mkv files 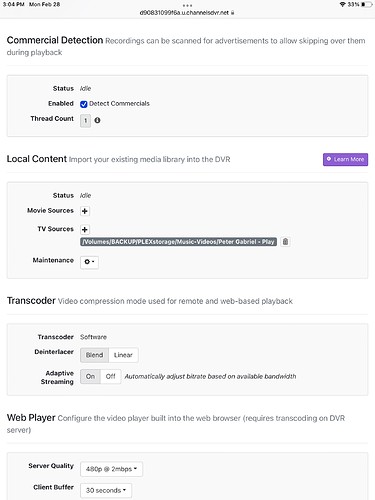 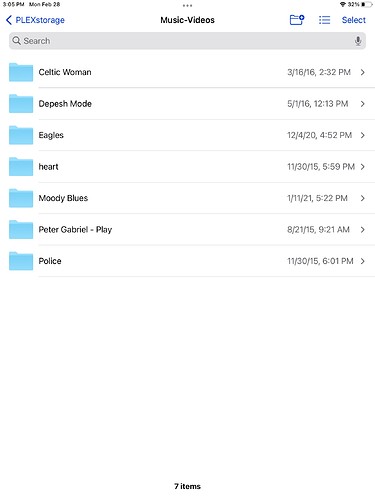 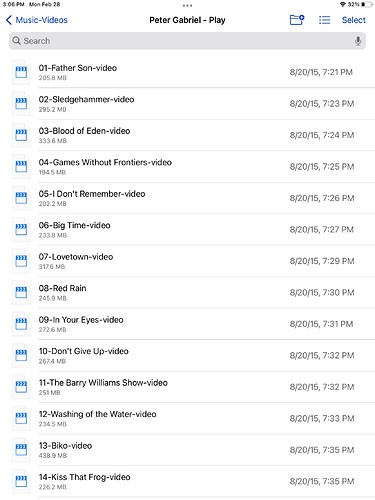 For tv shows, you can’t use a show directory. It needs to be a directory of shows. So you’d want to add your music videos directory. Or make a new directory and move the Peter Gabriel dir to it.

Thank You Channels DVR! Spent the weekend "fixing" unmatched imports and mismatch shows. Learned two things: Slow down - Rome was not built in a day. And create a text file to list all URLs for the art work used to Update Art each corrected import or mismatched show. Actually a spreadsheet might work better. If you want the banner to appear for each show episode, remember to Check the "Apply this poster to all recordings of this show" Box first! Then paste the URL and click SAVE.

Thanks. I actually shot myself in the foot because i wanted to simplify the import and limit it to only one artist with totally flat file structure. Some of those other music videos in the directory above are in hierarchical structure. Also they are many many gigs of data.

In the future, is there a way to have the import function exclude certain subdirectories from being parsed and brought into channels. This could save TONS of disk space by not duplicating unwanted files (“shows”. Could also save eons of time, but not having to hide the files in the channels library.

Specific to the new edit metadata - I was able to import the album by jiggling the file structure by the album name as you suggested.

As i was editing the metadata for the show (in this case the video DVD name) , as well as the individual videos two things came to mind.

1: in the future, in the metadata categories list for the “tv show”, could you eventually add a category called “music videos” , in addition to “home videos”. Its more specific for sorting later down the road.

2: a handy thing that could speed up all the editing for many “home videos” or “music videos”would be to expose the file name right in the editor window. Many of us have descriptive titles in the actual file names. This way it is an easy copy and paste over to the “episode title” without having to jump in and out of the edit window.

Really excited to get all my music videos in channels, and then create a 24 hr virtual channel for each artist.

In the future, is there a way to have the import function exclude certain subdirectories from being parsed and brought into channels.

In your Television folder create a subdirectory. Place only the content you want channels to see in this directory.

This should not affect plex/kodi as long as the subdirectory is still within the root directory they are Plex is pointed at.

I have updated to DVR release 2022.02.28.1826 and I am still experiencing problems with updating poster artwork on several tv shows.

There are several shows in my collection that behave in this manner, but I cannot see any pattern?

I have recorded a short video depicting this behaviour, can the DEVS advise how I should send the video over? Can’t seem to attach to this post.

There are several shows in my collection that behave in this manner, but I cannot see any pattern?

We know about this issue, and we can't figure out a pattern either. It's super weird.

Having fun with imported show posters. Found two poster URLs that I liked. Used one to mark episodes with "Apply this poster to all recordings of this show" Box checked first and then applied the second without the Box checked. Now the episode poster is Up Next is different than the show poster in my Collections.

Used one to mark episodes with "Apply this poster to all recordings of this show" Box checked first and then applied the second without the Box checked. Now the episode poster is Up Next is different than the show poster in my Collections.

The checkbox just takes the art you're submitting, and writes it to those recordings. If you leave it unchecked, it leaves them alone.

So if you want to fix the art on them, pick a piece of art, use the checkbox to overwrite all the recordings' art. Then do it again for just the Show, without the box checked.

Ive discovered some flakiness with the editor, while working on some home videos. It has to do with editing an individual episode in a show and applying category tags.

However, if anywhere in the process, you change the episode name, i have observed the old name not getting fully erased in the database, even though you think its gone.

I discovered this by accident when created a virtual channel, and i had some episodes coming up in the guide that didn’t have any artwork, and they had my old names. So somehow now there are some rogue database entries.

Im using the “apply poster to all episode” button and it works on all the episodes, except for the ones i thought i had renamed and have gone rogue, and they are not listed under the show

and i had some episodes coming up in the guide that didn’t have any artwork, and they had my old names

You need to regenerate the guide