In the latest DVR pre-release, we've added the ability to edit the metadata of your shows, movies, and episodes.

This should help you update or fix anything you find incorrect. You can also now manage things like Genres to organize your movies/shows exactly how you want. You can even update the art on things, though you'll need to provide the URL for now. We plan on making this easier soon.

This should help when importing things the scanner does not handle like Concerts, Sports, and Home Videos. Once things are scanned in, you can go in and edit titles, summaries, etc. We suggest, at this time to import these types of items as TV shows with a flattened directory structure. Just put your list of videos into a single directory: EX:

We'll be looking to make importing non TV Shows and Movies even better in the future. 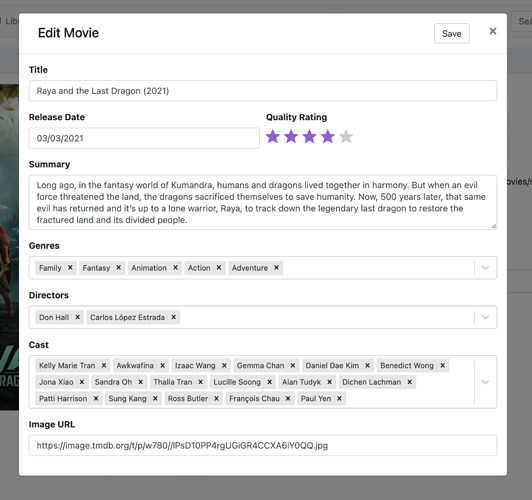 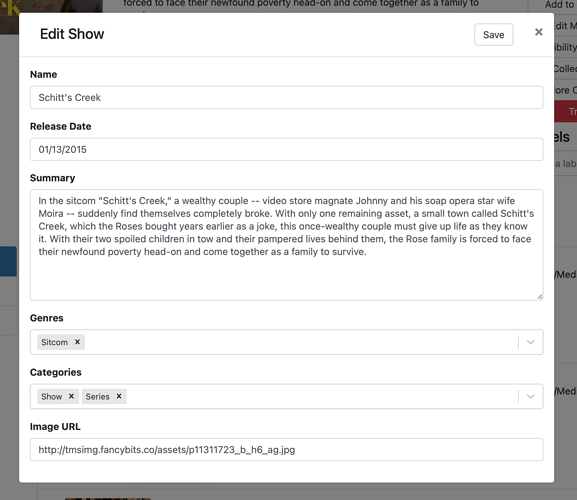 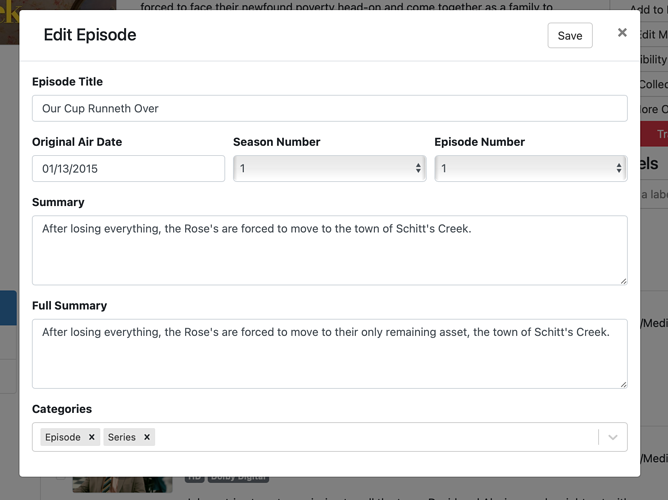 Ok, so take it for a spin and please report any issues.

This is great! Quite easy too. Thanks!!!

Outstanding addition -- is there a way to embed HTML into show descriptions? -a- tags specifically - - I'd like to link out to other sites for some things I have saved...

Bummer... but thanks for the reply.

I dropped my snow shovel to get right on this!

Some things I have found:

Otherwise, this has been fantastic and I've been fixing other minor issues and helping create organization in giant series like James Bond and Star Trek/Wars!

I would like episodes to be able to inherit the artwork of the show.

AIUI, the episode thumbnail is generated from 5s into the first program segment of the video. This is not editable.

After editing the metadata of an unmatched movie and show, they still remain behind in the Unmatched area. I would think they should clear out.

Is this true after a restart of the DVR server? (I ask because I haven't had a chance to experiment; my DVR has been recording since before this was posted.)

Separately: thanks for this. I have a couple of programs I would like to add, but Gracenote has no data for.

Next on my wishlist: collections containing both movies and TV shows; and arbitrary order for collections (ie, playlists) to allow for crossovers between shows/movies.

(Kodi has two features that sort of fulfill this, but neither satisfactorily.

However, now that we can edit the metadata freely, a TV collection with movies as episodes sounds like a workable hack.)

AIUI, the episode thumbnail is generated from 5s into the first program segment of the video. This is not editable.

Not Steam Links, since they don't have a video segment. 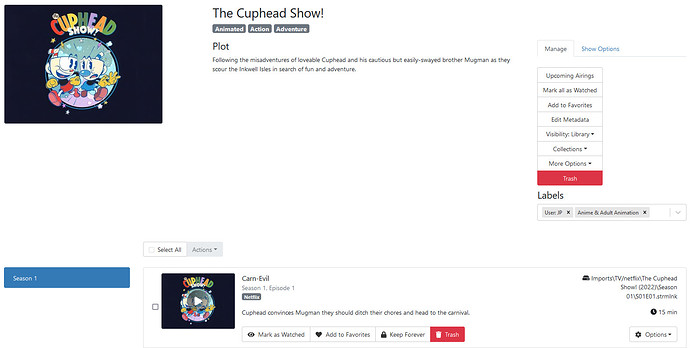 Images from TVDB do not seem to work. I get a blank white square every time. Don't seem to have issues elsewhere I've tried, including Disney+.

Some work on making this better is being done as we speak.

So far working great over here. I'm finally cleaning up lots of imports that had no match and PlayOn recordings that didn't have any metadata. The UI is easy and elegant.

One idea that would save lots of copy and paste time, is if the blank episode field could simply default to the filename, as an editable suggestion. 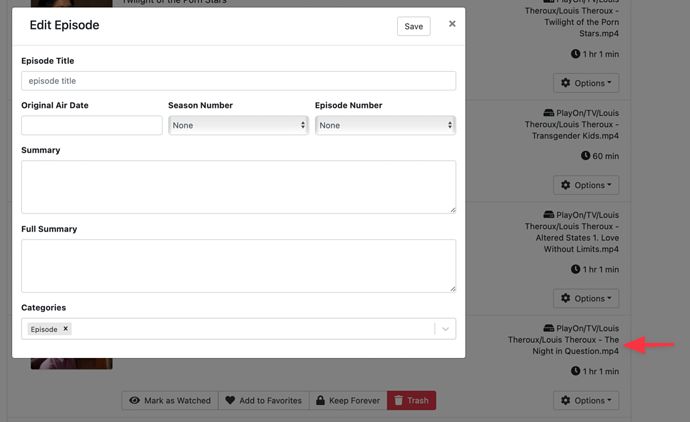 Bug: Cannot edit metadata for a show recorded from Pluto

Bug: Cannot edit metadata for a show recorded from Pluto 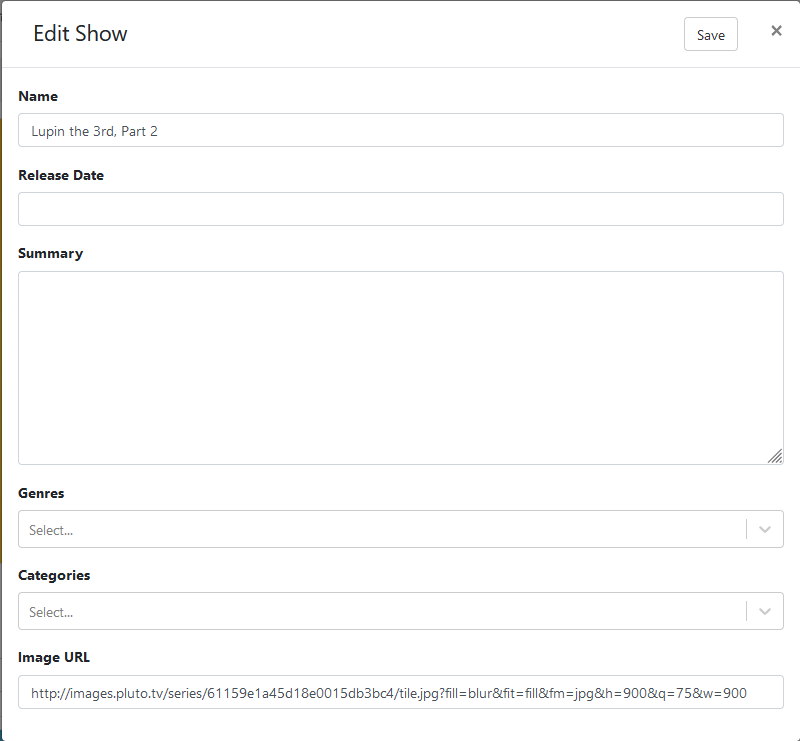 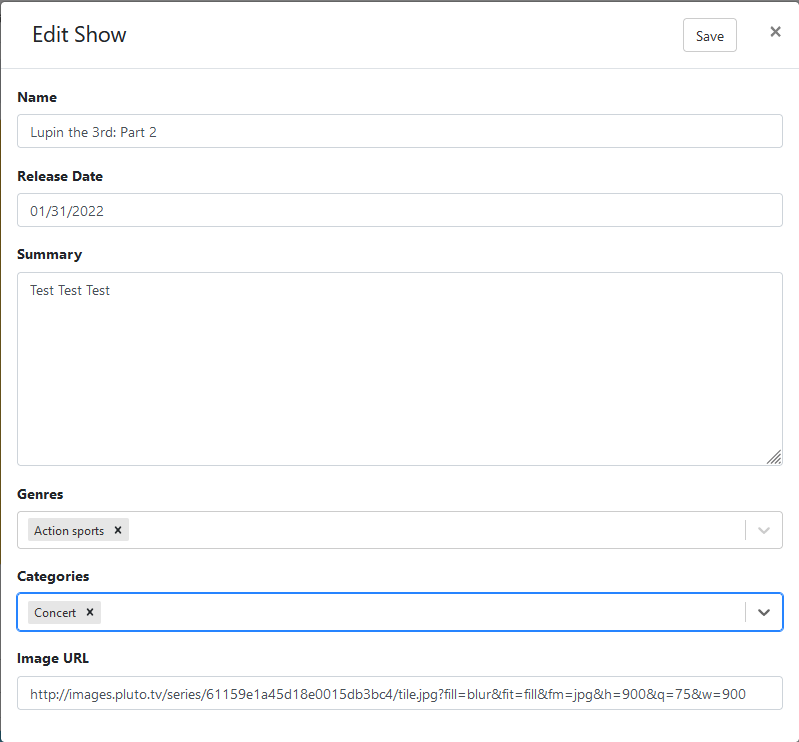 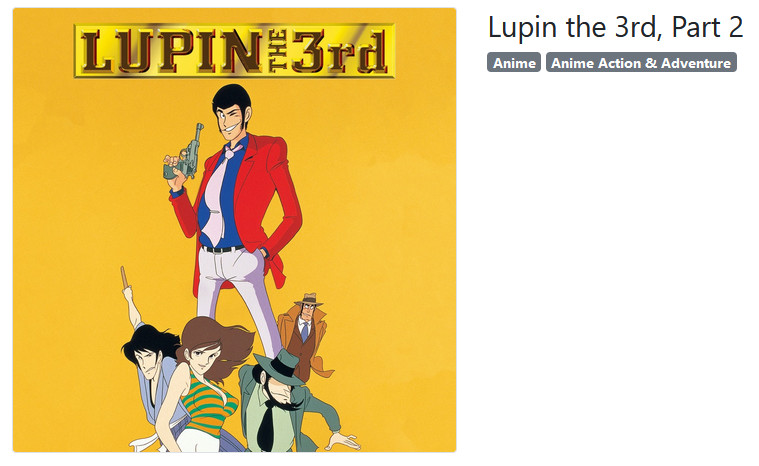 Go to Edit Metadata again, nothing was maintained: 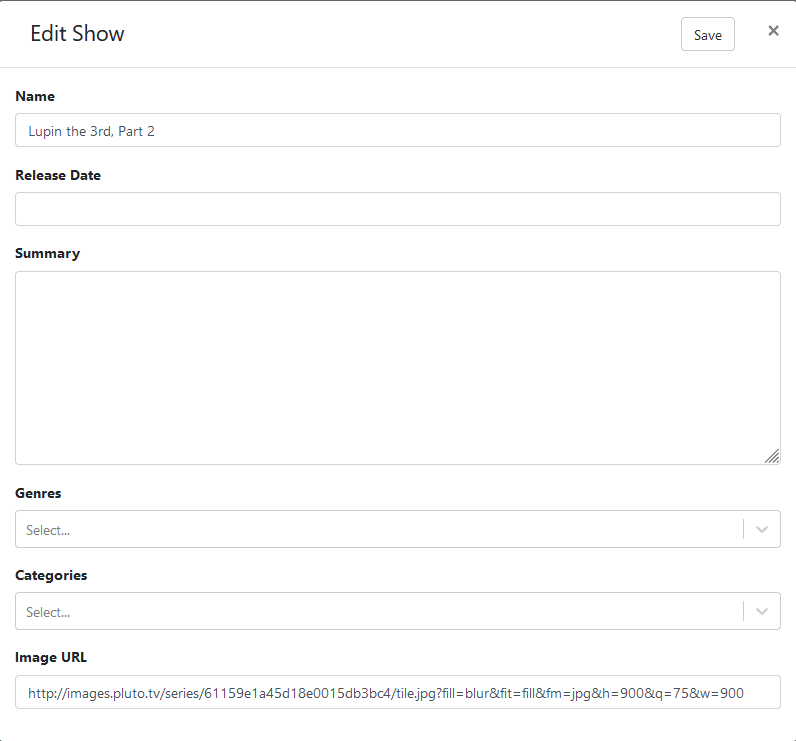 Thanks will be fixed in next build

Two Android/Google TV Issues (might be the same in Apple, but I cannot test):

(1) Any Movie that I edited the name of only shows the Release Date underneath it. Please note that this only impacts Movies. TV Shows were perfectly fine. 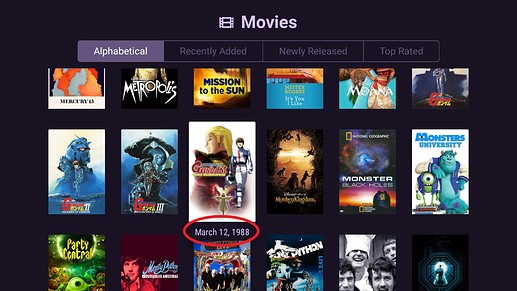 (2) On the main screen of TV Shows, a show that I edited the art of that was non-standard size remains that way. Please note here this is only a problem in the main TV Shows landing area. When I went into All Shows, everything still resized/cropped and fit there perfectly (no issues when doing the crazy fast scroll, either). 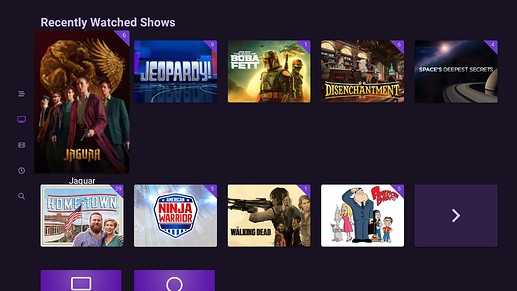 (1) Any Movie that I edited the name of only shows the Release Date underneath it. Please note that this only impacts Movies. TV Shows were perfectly fine.

Is that a pluto recording too? Does it have a proper title etc on the web UI?

On the main screen of TV Shows, a show that I edited the art of that was non-standard size remains that way.

Fixed in next beta apk