Noticed that the NFL network is showing the same “invalid response” message that the NFL REDZONE channel was giving last weekend.

Anyone else lose the NFL network.

I tried on stable release and latest prerelease just now.

I can authenticate both on the TVE websites.

Yes,
As of this morning, invalid response. (Spectrum in Wisconsin)

I reported this last night and again this morning on another thread. When I look at my channel list (Vidgo), I see the RedZone (with a check mark) but for the NFL Network is see this:

Is anyone from Channels support or development looking at this? Footfall weekend is approaching.

Yes we're looking into it. You don't need to keep creating new threads.

See response on your previous thread: RedZone Playback Failed After Adding It

What about the problem with the NFL Network?

Rescanned the NFL Channel after installing version 2021.09.16.1925 and restarting the server. Thanks

Trying to re-add since update did not help and it spins and spins.

Will need details... which provider for instance? Please submit diagnostics too.

I'm fixed over here in Wisconsin. Thank you very much for such a quick solution.

I am running Pre Release 2021.09.18.0311 and using FuboTV. I subscribe to NFL Network and NFL RedZone and I am getting the error message "No Login Form Found" for both channels. I tried rescanning with no luck. Logs have been sent. 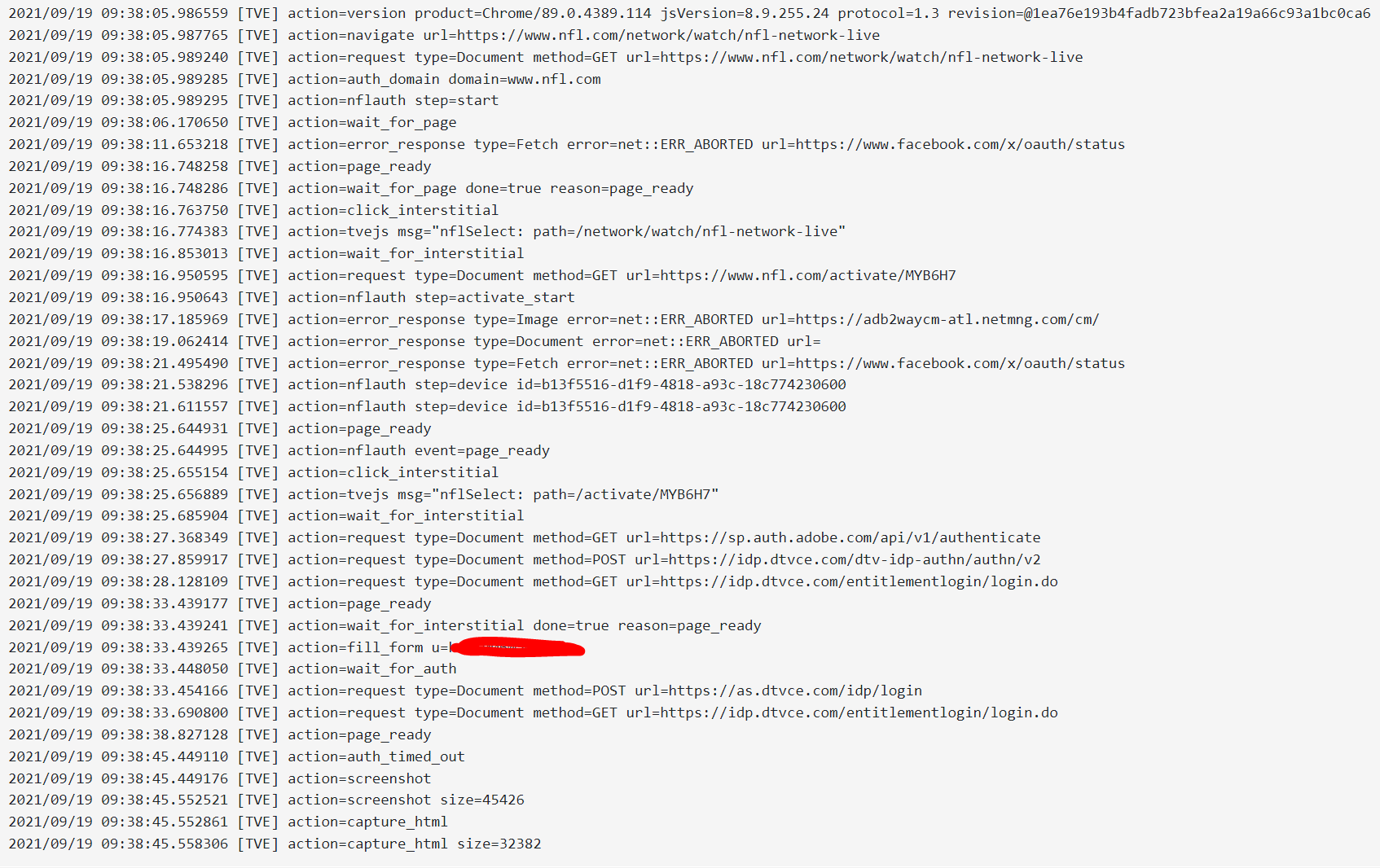 Broken again for me. Wouldn't tune and tried to rescan and it say "no stream found".