A bit of a feature request....

What I would like to do is to create timeshift channels, i.e. BBC 1 HD +1. I was thinking one way to do this by creating an Advanced Series Pass, i.e. everything off BBC1 HD but keep only last 2 recordings and then have a Library Collection which points to that particular Series Pass, and then for the Virtual Channel to point to that Library Collection. The epg for the Virtual Channel would need to be updated more frequently for it to pick up the latest show.

Sorry if this has already been posted about, but I didn't see it as I looked through the post. I love the virtual channels feature; however, I'm noticing that on my android TV it finishes an episode/show and does not advance to the next item scheduled... anyone else having this issue? I'm running version 2021.08.08.2140 on the server side...

What happens when the episode finishes? Does the guide show episode details at the time it stops?

Are you using the APK beta? Please submit diagnostics after the issue.

It is likely there are still bugs in the android version as our primary development/testing so far has been on Apple.

@tmm1 and @maddox, what causes the virtual channels to start over again? I have a few 24/7 channels that play seasons and episodes in order but for the last day or two, they haven’t gotten past season 2.

Do server updates restart the schedule? I know you had mentioned something about an early morning bug but it looks like it also restarts after a delete and recreate guide database or an fetching the missing guide. I think it also resets after adding another virtual channel to the already existing.

I had mentioned this before that I was afraid that this is really not a linear channel and it looks like it’s true. it defaults back to the first episode after a few hours for whatever reason.

I also noticed that if a person treats it like a linear channel by pausing to get something to eat and you resume in 10 minutes, once it rolls over to the next episode, it starts it 10 minutes in in order to conform to the guide. It should really act like any other channel.

any rule available for the virtual channel to automatically update when a new movie imports into the library?

any idea how to deal with duplicates when making these rules for the channels? for example, I have both UHD and HD folders for imported movies. Id like to make a channel where all my movies play but if there is a 4K copy id like that one to be present in the channel instead of the HD one

This is something that would be solved by flattening movies in the library. We’ll get there on that.

I might have missed this somewhere, but is there a way for a Virtual Channel to respect the order manually set in a Collection?

@tmm1 @maddox Not trying to pester, but could manual order-setting be considered for virtual channels? I’m experimenting with Marvel and Star Wars channels that have a mix of movies and TV shows, and it would be awesome to manually order things for alternate viewing orders (release order, chronological order, etc.).

Yes it's being developed. Remember this is an early preview still and we're not even 20% to where we want to be with all this stuff.

I am not sure what I am missing. I could swear I created some movie collections when you 1st released this and today I was going to play around with virtual channels but I see none of this available anymore to select. I am on version 2021.08.12.0054.

Here are some screenshots: 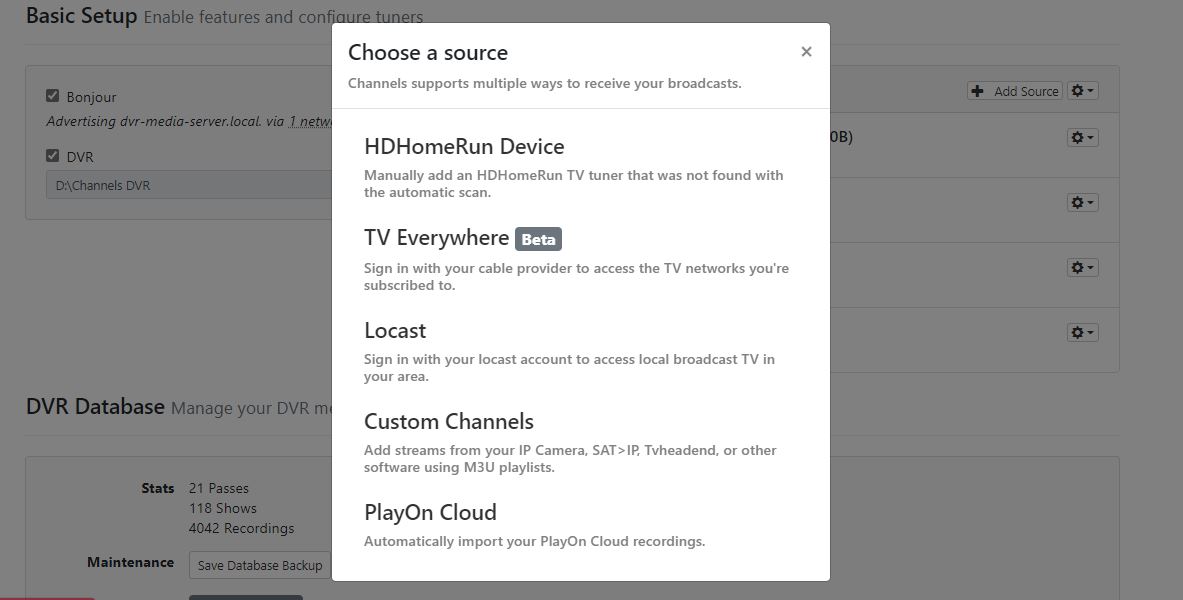 You'll have to update to prerelease. A new stable build went out and the preview features are hidden there.

Wow! I had no idea I was on a stable build.

Stable builds are for suckers! I want mine to break every now and then! j/k

Stable builds are for suckers!

Absolutely! There's no fun in a stable build.

I am looking forward to building my own virtual channels, so I thank the developers for all their hard work. I also have started building my collections. I have a collection that has 115 movies. I spent an hour alphabetizing these movies and I still not sure I got it right (As I only made it though the first grade, I 'm joking). A sort button would definitely help. Thanks for taking the time to read my post.

Now you can set the channel to Order>Custom and arrange your episodes/movies in the order you want. (Note that this only works with episodes+movies added directly or via a smart rule. If you add a collection or show to your channel, results will be unpredictable.)

The guide is now also smarter about keeping its place, so it won't reset every morning.

I'm loving this feature! Thanks for the continued support of this.