Odd. After uninstalling the previous beta, the new one finally downloaded. Thanks for the fix.

Now if TiVo will fix the remote firmware to make Back less sensitive, and an actual Menu button, we'll be in business.

Has anyone managed to get the android app switcher to work? Double-clicking home doesn't do anything..

Using the Button Mapper app, you can go under Add Button> Select a button type want to use> Actions> Last App. Working really well to toggle between apps.

If you long-press on the Home button (the circle), it brings up the full app list. (This is the same as selecting "Apps" from the top Channel on the Home screen.)

By uninstalling or disabling many of the apps, you can basically turn the device into a generic Android TV.

Once you disable the 3 TiVo specific apps, you're left with a plain Android TV dongle. In Channels, the Skip button on the remote will skip to the next commercial break marker on a recording. The Live button won't do anything (and I haven't figured out how to remap that).

I've remapped the TiVo button to be a second Home button, and the Guide button to launch/switch to Channels. I've mapped the Info button to Menu, but that doesn't seem to do anything. (In most places, long-pressing Select seems to act as Menu, but not during playback in Channels. I know you can press Down to get the Quick Guide, but I also often use the Menu button on a Fire TV to achieve this, too.)

Also as previously noted, Channel +/- works, as does direct input using the keypad (except for the missing . for OTA channels).

I think its a bug, and a soft reset fixed for me.

@tmm1. Since channel flipping using channel up/down and number-input working, Can you add channel no with name and logo to appear briefly on top as feature request in next update. Similar to Live Channels feature.
Thanks.

What are the advantages to this device over a Fire stick 4k?

A current Android TV (v9) version, regular security updates (yet to be seen, but most likely), access to the whole and proper Google Play store, decoupled from Amazon's invasive and intrusive advertising.

My TV kept turning on with the TiVo attached. Looks like a known bug, with the following workaround:

Is a ghost turning your TV on? Probably not. With the launch of TiVo Stream 4K, we are keeping our eye on any issues and fixing them. We've learned certain TVs may power on randomly upon hookup. We're on it! Can't wait? here's a workaround you can do until it's fixed. ⚙️👍 https://t.co/a0dhPn6Ek8 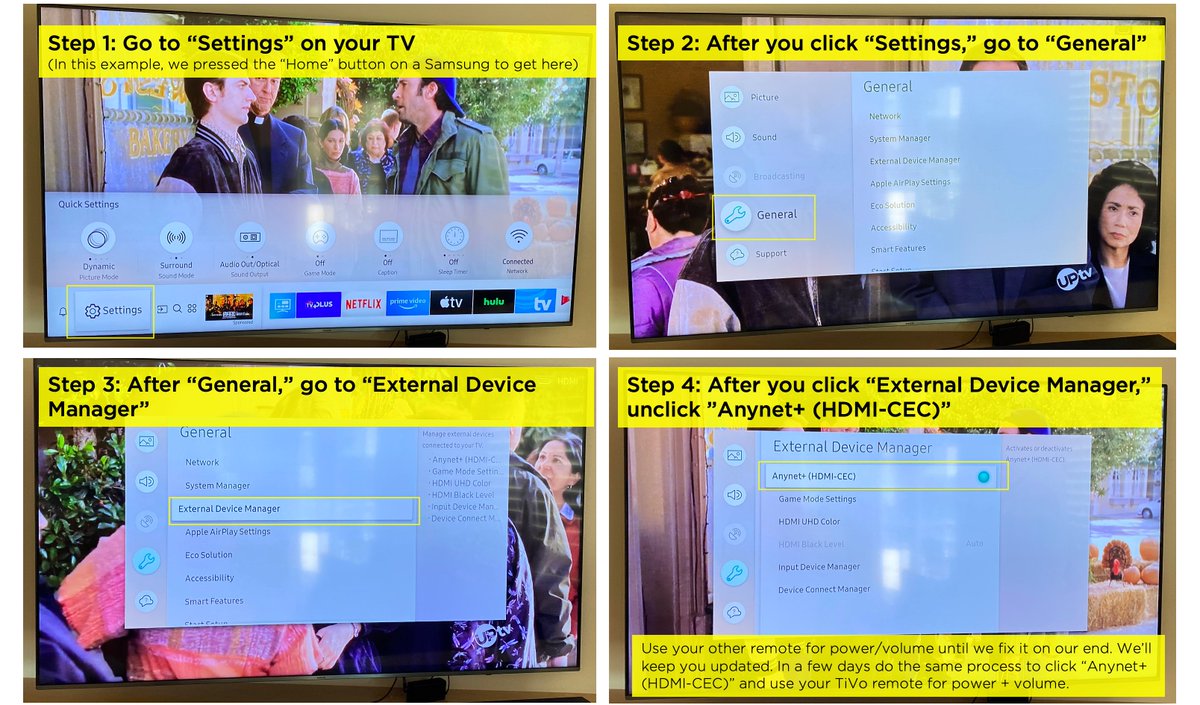 The work around seems to fix the time bar. But the beta version video is very pixelated Now. Ill go back to the android build x.x.23

I found that if you place the device in one of the other inputs, the TV will not power on. Don’t put it in the ARC-HDMI input. The Tivo is not CEC capatible.

If anyone can sideload the Spectrum TV App on Tivo Streaming 4K please post instruction. I'm not sure if sideloading is possible since downloader no longer works. I would like to watch Elrey and GSN networks with this device. My plan is if I can get everything working on this device I'm mothballing my Apple TV.

The Spectrum app is only for phones and tablets. It doesn't run on Android TV devices. (Same reason it doesn't work on FireTV devices, but does on Kindle tablets.)

(However, sideloading does work. It's regular Android TV under the hood. You do need to enable it, though, in the settings.)

Has anyone been able to get a usb-c ethernet adapter working with the TiVo?

I tried with this one but no luck. 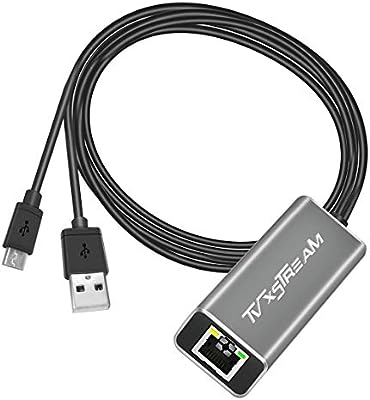 I don't see the need for adapter. I haven't had any streaming issues with my Tivo yet. Mine averages 157 mbps. Thats faster than my wired Fire TV Stick at 98 mbps. Plus you need another power source for the adapter above. At least the Fire TV only requires one with its adapter.

The Wi-Fi performance has been shoddy for me when trying to install development apks.

This one provides both power and Ethernet, and leaves the USB-C open for storage.