We have been having issues with the FireTV app crashing during playback.

I turned on the debug info overlay today and reproduced the issue, and found the crash occurs when the cache fills up.

When I started streaming the cache number starts at 0 and increases as I would guess the past part of the stream is cached for rewinding. There is a Max value next to this of 400-500 MB (on last attempt it said 486, now starting a new stream it says 538).

Once the cache value counts up to this max, the stream crashes back to the guide.

This is a stream from a remote Channels DVR server, if that matters. This is consistent on multiple FireTV sticks.

This is fixed in the beta and will be in the v4.1.3 release

Will switching the app over to the beta in the settings resolve the issue? If I don't get it working before football on Sunday my wife will kill me.

Yes it's fixed in the beta

Thanks, that appears to be working. Looks like the cache reaches about 2 MB above the max, then purges 2-4 back down. Guessing that is the desired behavior.

Having this happen as well. When will update be out?
And quick review how to install beta on fire stick (beta user Apple iOS).
Thanks

Channel Plus App will not open (not beta)

v4.1.3 has been submitted to Amazon for review

You can wait for the update, or install the beta:

Sparky I installed the beta and it works perfectly. At work I've been an unknowing beta tester on paid products and am averse to it, but due to the aforementioned threat on my life from my wife, I did it, and its no big deal because it installs as a separate app. The nice thing about that is that, once the mainstream release is rolled out, it will update the normal app, you can test it, confirm it is fixed, go back to using it, and delete the beta.

I've never had to do that before and the way I did it was:

Go into My FireTv > Developer Options > Install apps from unknown publishers and set it to yes. There are multiple ways of doing this and it was different based on the FireTV model and OS version. The first one I did actually prompted me to go to the above menu path and allow it, on a later one the 'Install beta' option did nothing, so I manually went to that menu, enabled it, and then retried and it installed just fine after pressing OK a couple of times on popup menus.

Thanks I will install beta!

Amazon app 4.2 version (not beta) is running
Seems like buffering is happening about every 1.5-2mins for about 15-20secs… then it does it again and again….

Any ideas on regular versions?

What does it show under Settings > Support > Speed Test 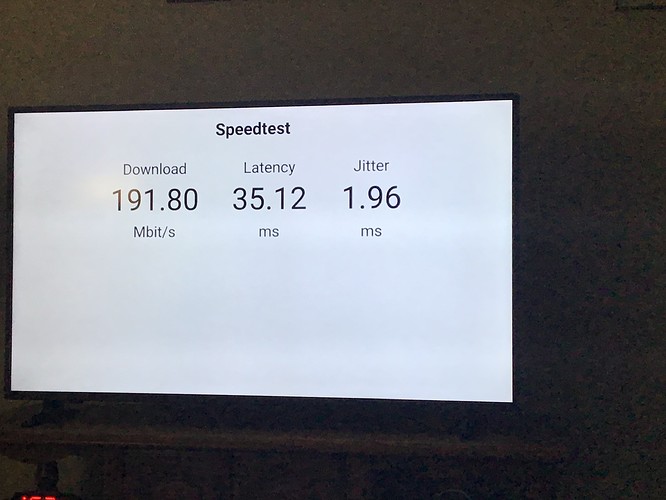