A lot of you seemed to want it and I needed a quick and fun little project this evening so here you go... Stirr for Channels. Seems to work for me but let me know how it goes for y'all!

You can manually set a station ID by setting the STIRR_STATION_ID environment variable to something like san-francisco. You can find a station ID here: 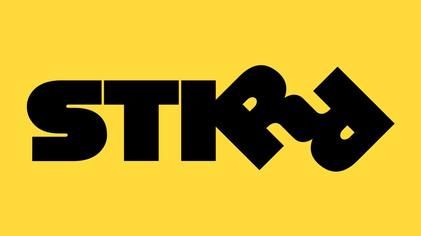 Editor's Note: While Stirr for Channels makes these channels watchable live, there is not enough data included for recordings to work well. Consider this project that adds Stirr for Custom Channels to be only usable for live TV watching.

Read this topic on an easier technique that does not require Docker.

FYI, thanks for this!

Thanks for this. Seems to be working perfectly!

How do I add the container. I’ve searched the registry in docker and can’t find it?

It’s listed in the repositories README. You can find the image on Docker Hub as well.

This is great, thanks so much for making it and sharing with us! That was easy enough to install (on my Mac where the Docker for Pluto is already running.) I just pasted the Terminal command you included in the instructions, and that downloaded and launched the docker for me automatically. Now I see both dockers listed and running in Docker Desktop. I added the M3U and XML url's to Channels DVR and then started curating the channels to match what I had before. Turning off some redundant channels and favoriting others to match the previous Stirr setup...

I do see that the channel numbers are different from what I had for Stirr channels before (to be expected, not a big deal.) But they're not grouped together in the same order as they were before either, it seems much more random. For example, all of the "Stingray" music channels are strewn about instead of being listed together at the bottom of the list. Also not a big deal, I can work around this, at least somewhat, using the new Channel Collections feature.

I notice your screenshots show "never refresh (m3u) URL" and "refresh (xml) daily" (as opposed to any of the options with more frequency.) I also recall the previous Stirr setup (via the shared links) would run out often, I'd only see a few hours out. Is there any benefit / detriment to us setting those options with the docker setup, to refresh, and to do so more frequently?

Lastly, this is purely cosmetic but I'm hoping it can be addressed. One of my favorite Stirr channels is "DJAZZ." At first I couldn't find it in this new docker setup, but then I discovered that this is because this channel doesn't have guide data to identify it. All of the other channels do. And with the previous shared links setup, that channel would just say the channel name when there was no guide data. With this setup, it's showing blank or "empty" or "no-scheduled-programming." Can this be cleaned up, to at least identify the channel name when there is no guide data to pull from? I do like that generic thumbnail that appears though. 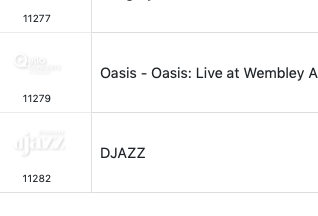 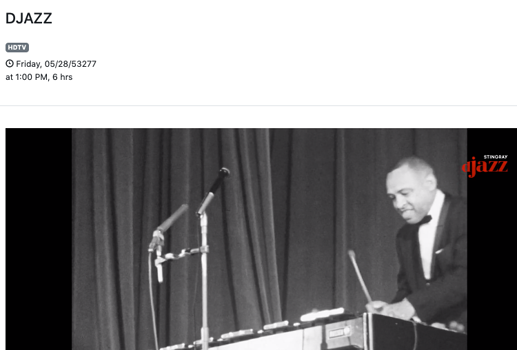 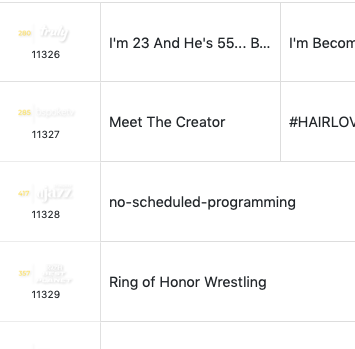 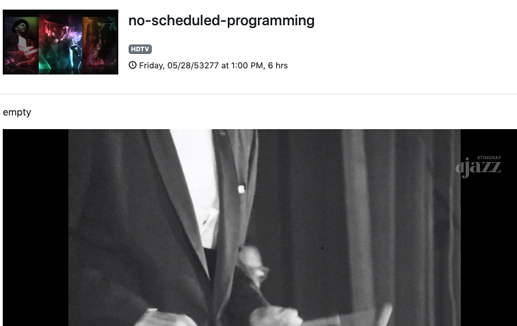 This is excellent, Robbie. One question. Looking at the docker log, it seems there is a variable called STIRR_STATION_ID that is supposed to be declared in the command line. Otherwise the docker image says it is set to national. What are the drawbacks of going national and if it is supposed to be set, how do we declare the STATION_ID?

It will only be set to national automatically if there is no other option provided by Stirr. You’ll see the same National channel set if you go to their website and look in the top right. You can override to a specific metro area by setting that env var.

Thank you. I will try setting it on the compose file then.

I assume then it is just the name of the metro area as given on the site. Thank you.

I'm trying to bring in the XMLTV guide data into eTeve for Emby server. Channels DVR is my M3U tuner and the Stirr epg data has this error.
XML syntax error on line 671: invalid character entity & (no semicolon)

Also what station ID is selected for you according to the Stirr logs?

Forgot to come back and say it was easy peasy, everything worked perfectly, and am having zero issues. All I have left to do is place all the channels in my "Ordered Channels" collection and it will be all good! Thanks again!!

Sorry I didn’t realize that xTeVe was in the mix here. The best I can say is this is working fine for everyone use directly with Channels, so you should talk to the xTeVe developer about this bug.